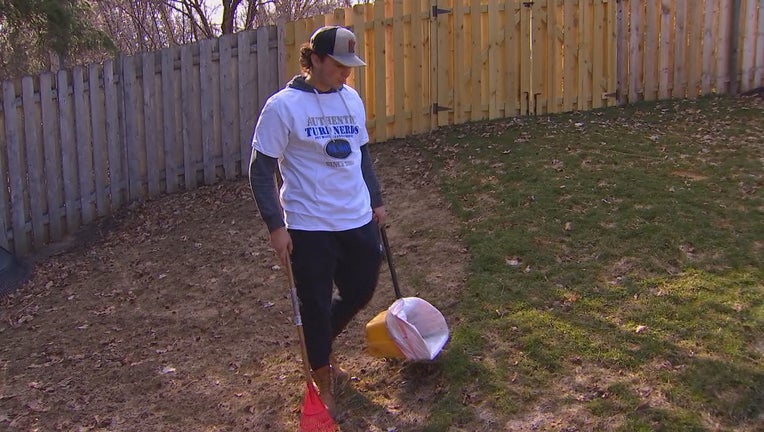 PLYMOUTH, Minn. (FOX 9) - The City of Plymouth, Minnesota is cracking down on pet owners who don't follow ordinances, like leashing their dogs and cleaning up after them, even encouraging people to call 911 on violators.

In an email sent Wednesday, residents were encouraged to report violators to 911. The notice also said it was looking for "dog etiquette ambassadors"--a program that would be volunteer-based.

The city of Plymouth is taking its dog poop problem seriously.

"We’re very concerned about our lakes and streams," said Water Resources Supervisor Ben Scharenbroich. "The dog waste has bacteria and parasites that are different from wild animals and so that does have a negative impact."

Mike Nordean, the owner of Turd Nerds, already has hundreds of customers in Plymouth. He says nothing about Plymouth’s dog waste situation stands out when compared to other cities, yet it seems to have taken a tougher stance than most.

"It’s the first time I’ve seen such steps in Minnesota," said Nordean. "911 seems like a lot of work to catch a mystery pooper."

The city said if a report warrants a response, a community service officer will respond.

Bomchell is diligent about picking up what his dog and others leave behind but says he won’t be calling or volunteering anytime soon.

"If they want to get a bunch of people to run around and tell people to pick up their dog poo, more power to them," he said.

The City of Plymouth says these policies are nothing new, and that they send out notifications about dog waste every spring.