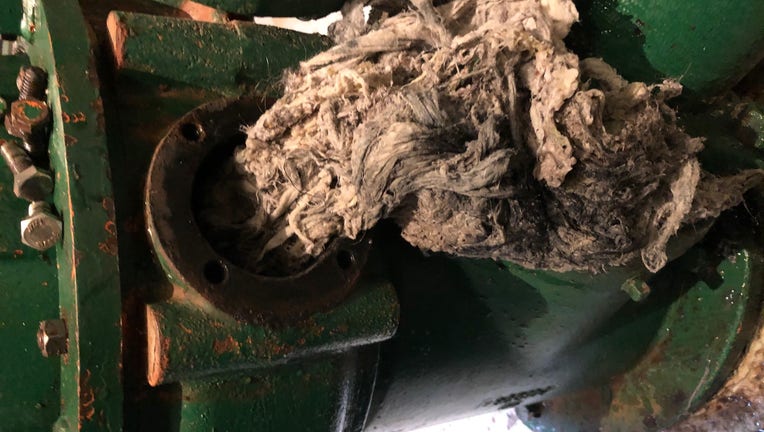 Mop heads are causing blockage issues in the wastewater system in Crystal, Minnesota.

CRYSTAL, Minn. (FOX 9) - Mops are known to clean up messes, but in Crystal, Minnesota they're becoming the source of one.

The City of Crystal is asking its residents to stop flushing mop heads down their toilets. According to the city, mop heads are routinely clogging the pumps at a wastewater station.

The city posted a map on Facebook, highlighting the section of the city where the wastewater containing the mop heads is coming from. The area is largely south and west of city hall.

The city is also asking people to call 911 if they see any non-city staff opening a manhole cover, especially if they are dumping a mop head.

During the toilet paper shortage at the beginning of the pandemic, public works officials urged Minnesotans to not flush paper towels or flushable wipes because the products can create blockage issues.