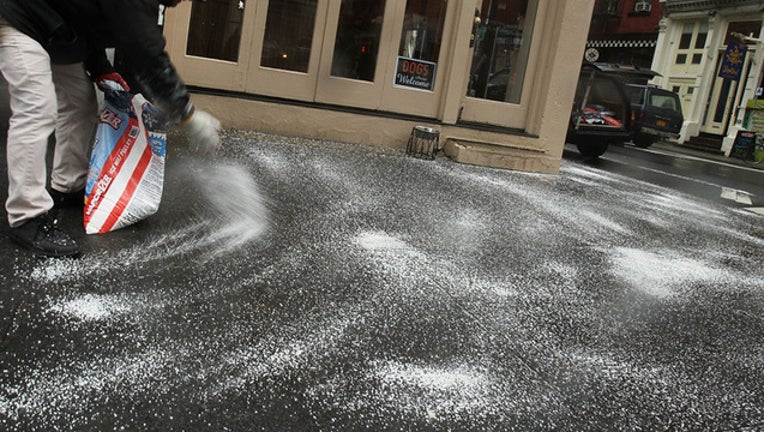 AVON, Minn. (FOX 9) - The city of Avon’s high chloride levels in its wastewater is concerning the Minnesota Pollution Control Agency, which wants to work with the city to address the issue.

According to the MPCA, the wastewater, made salty by de-icing and water softener salts, discharges into Spunk Creek.

The salty water threatens freshwater fish and other aquatic life. There is also no easy way to remove the salt, either.

While the MPCA says the problem is statewide, it is working specifically with Avon to find a remedy.

June 27, the city of Avon and the MPCA will hold a public information meeting at Avon City Hall from 4:30-6:30 p.m. to give the public more information about the proposed permit and chloride variance.

Minnesota has “some of the hardest water in the country,” according to the MPCA. This leads people to use water softeners that are fueled by chloride. The resulting salty brine, however, ends up in the city’s wastewater and ultimately in lakes or streams.

“Chloride is a tough, but extremely important problem to tackle. The purpose of the variance is to give cities like Avon time to study the problem and develop solutions. The MPCA is also developing resources to work with cities on this salty water problem,” said Katrina Kessler, MPCA assistant commissioner for water.

The current draft of the permit is open for public comment until July 5 and can be reviewed on the MPCA’s website by scrolling to May 6.