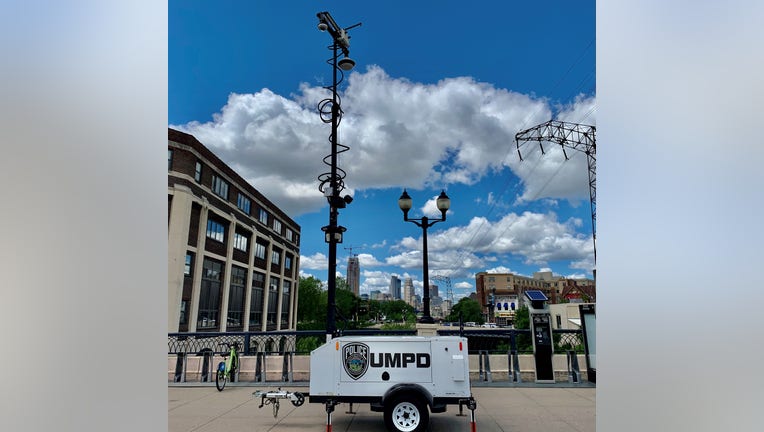 More cameras are in place following a spike in crime near the University of Minnesota campus in Minneapolis.

MINNEAPOLIS (FOX 9) - The University of Minnesota is increasing police patrols and installing additional cameras throughout campus and the surrounding area, citing a recent spike in crime in Minneapolis.

In a letter to students and staff, University of Minnesota President Joan Gabel wrote that she shares "frustration and concern over the significant increase in crime in the City of Minneapolis and in how it has impacted our campus community. Our city is not immune to public safety challenges, as crime is up in many cities nationwide. We should, nonetheless, be able to feel safe in the neighborhoods and areas surrounding our Twin Cities campus, even though they are not a part of the University’s jurisdiction."

The University of Minnesota is increasing police patrols and installing additional cameras throughout campus and the surrounding area, citing a recent spike in crime in Minneapolis.

The news comes after a shooting in Dinkytown early Saturday morning that left five people injured. Though the investigating is ongoing, Gabel noted that three of the victims were students. None of the injuries were life-threatening.

President Gabel wrote that the university spent the weekend coordinating with the City of Minneapolis and police to make the following changes effective immediately:

This summer, the university also plans to add more bicycle and vehicle patrols in Dinkytown and Marcy-Holmes. They will also install additional cameras in strategic locations for real-time monitoring and will consider installing additional "Blue Light" emergency response kiosks in the Dinkytown area.

"In the past, I’ve shared with you the commitments we have made and the ongoing work we are engaged in to better ensure safety throughout our community, and we continue to consider solutions through that lens," President Gabel wrote. "I will share more detail about the University’s broader engagement in Dinkytown and Marcy-Holmes in the coming days, which will include work with the City of Minneapolis, community groups, property owners, and businesses to explore, initiate, and maintain a wide range of safety initiatives to create a safe community for all."

For more information on the university's safety plans, click here.