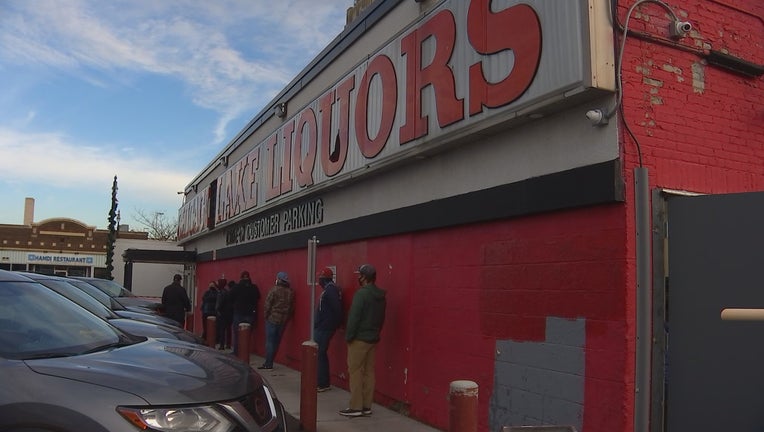 A line forms outside Chicago Lake Liquors as it reopened for the first time in months following the riots after George Floyd's death. (FOX 9)

MINNEAPOLIS (FOX 9) - Chicago Lake Liquors in Minneapolis re-opened to customers Thursday morning following months of rebuilding after the store was damaged in the riots in May.

Store owner, John Wolf, says six fires were set in his store over the course of several nights and all that was left standing was the four walls of the building.

"I'm excited," said Wolf. "I'm really excited. I'm so proud of the team that I have. They have worked so hard. Emotionally, it's trying when you go through that experience. No hesitation on any of our parts saying we're coming back." 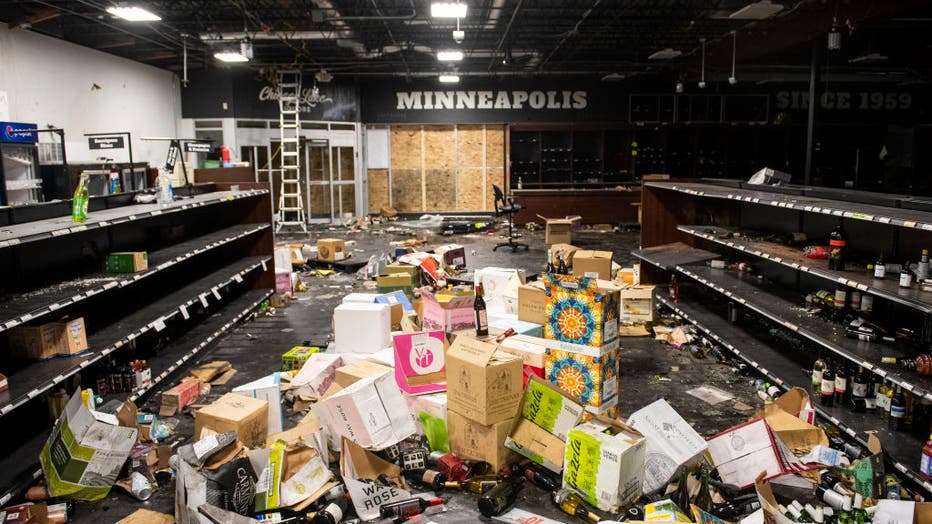 MINNEAPOLIS, MN - JUNE 05: A view of the damage inside Chicago Lake Liquors after it was looted during the protests and riots which followed the death of George Floyd on June 5, 2020 in Minneapolis, Minnesota. All of the merchandise left in the store ((Photo by Stephen Maturen/Getty Images) / Getty Images)

Wolf says he spent more than $3 million on rebuilding.

The store has been around since 1959 on Lake Street.