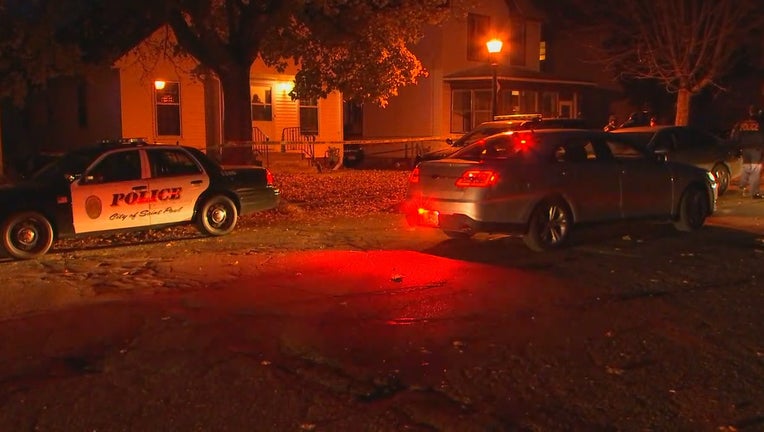 A shooting is under investigation in the west side of St. Paul. (FOX 9)

ST. PAUL, Minn. (FOX 9) - New charges detail the bizarre circumstances that led up to an accidental shooting that left a 17-year-old boy dead in St. Paul on Wednesday.

Two juveniles are facing charges in connection to the shooting death of a St. Paul teen.

Police say Jones-Morris was found shot in a basement at a home off Annapolis Street Wednesday afternoon after a 911 call. Officers say Jones-Morris had been with two other boys, ages 15 and 16, playing Madden when the gun went off.

According to police, the 16-year-old boy had brought a gun to the basement and the boys were playing with it, removing and loading the magazine and pulling the trigger on the empty gun.

Da'Qwan Jones-Morris was shot and killed in a St. Paul home Wednesday evening

However, at one point, the teens say the 16-year-old boy loaded the gun and handed it the 15-year-old who didn't realize it was loaded and pulled the trigger. The gun fired and struck Jones-Morris.

The teens attempted to apply pressure to the wounds while first responders were en route. Sadly, when medics arrived, Jones-Morris was pronounced dead in the basement after bleeding out.

During questioning, police said the 16-year-old claimed he had found the gun in bushes and brought it to the basement. He later admitted that he had come across a man passed out in an SUV outside Sibley High School on October 31. Inside that man's car, the 16-year-old said he saw a gun on the front passenger seat of the vehicle.

Police say the teen said he stole the gun and later brought it with him to school on November 6 before it made its way to the basement.

Both teens are now facing a charge of manslaughter in the case.

The shooting on Wednesday marked St. Paul's 28th homicide of the year. With the city's homicide rate approaching record levels, city leaders have been working to take action and slow the violence.

"Our goal today is to listen deeply, is to listen carefully," said Mayor Carter. "And then our goal is going to be to respond very quickly, to say 'here is a set of problems you told us we had to be investing in and here's the set of solutions we think can move the ball on these things.'"

Several hundred people turned out to take part in the meeting. They broke into small groups and wrote about the changes they hope to see in the community.

The mayor says these notes will be taken to city officials and will hopefully spark change.