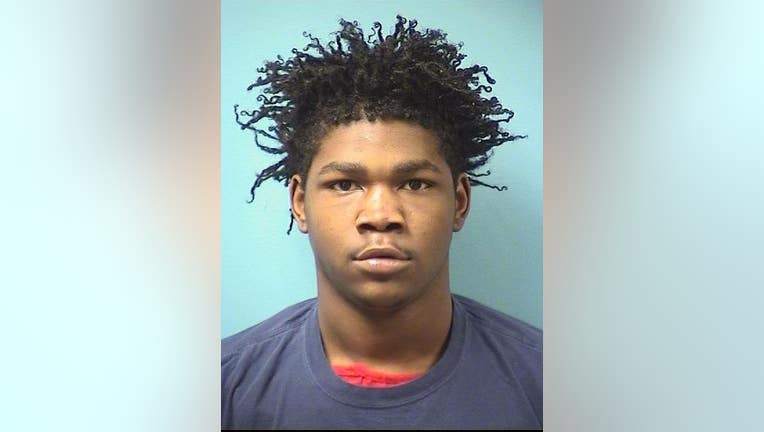 ST. CLOUD, Minn. (FOX 9) - An 18-year-old from Waite Park is facing felony charges for his role in an incident in St. Cloud that left a St. Cloud Police Officer with a gunshot wound.

The incident led to two nights of unrest in the city of St. Cloud as rumors swirled that an officer shot a resident. The St. Cloud Police Chief quickly quelled those rumors, saying, in fact, that an officer sustained the gunshot wound and not the other way around.

The St. Cloud police chief said a crowd acting on misinformation formed following an incident where a suspect shot an officer in the hand. The crowd marched on the police station, but was dispersed.

In new charges filed Wednesday, Sumaree Boose is accused of discharging his handgun and hitting an officer in the hand after a struggle in a St. Cloud neighborhood.

According to the charges filed in Stearns County District Court, Boose was seen on a Facebook Live video flaunting a handgun in his jeans pocket despite not having a conceal, carry permit.

Just after midnight, police say Boose was seen leaving the Go For It Gas station parking lot with a group when officers arrived. Officers pursued Boose and caught up to him a block away from the gas station. Officers say they tried to take him into custody, but he did not comply.

An officer deployed both cartridges of their Taser after Boose tried to flee.

Video from the Taser showed Boose with the handgun in his hand near the time of the second Taser cartridge deployment, the charging documents state.

In the video, the officer makes repeated references to Boose’s firearm. A gunshot can be heard in the video and the first officer can be heard saying he is “hit.” Further investigation from the BCA showed the officer was shot through the hand.

During the ensuing struggle, Boose can be heard on the video saying he was “shot in the chin” and sounded in pain.

According to the charges, Boose suffered injuries to his chin that, “could be consistent with a bullet grazing his chin after exiting [the officer’s] hand, and/or may be consistent with [Boose’s] chin striking the ground or other area during the struggle.”

No bullets were missing from the chambers of each of the officers, police say, but the ammunition recovered from the scene is consistent with Boose’s handgun.

In a statement to police, Boose acknowledged that a shot fired from the gun he possesses, but he denied intentionally shooting the officer.

Boose is facing first-degree use of deadly force against a peace officer. If convicted of the maximum, he faces up to 20 years in prison and/or a $30,000 fine.

UPDATE: The Minnesota BCA has identified the officer who was shot as Officer Ryan Priebe. Officer Priebe was released from the hospital on Monday and is on paid administrative leave. He has been with the department since 2006.