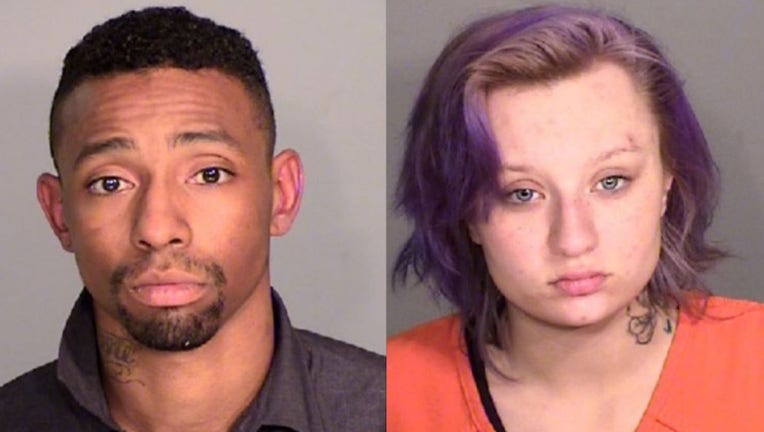 BLOOMINGTON, Minn. (FOX 9) - A Minnesota woman is now reunited with her family after authorities say she was kidnapped, pistol-whipped and held for ransom, according to the Ramsey County Sheriff's Office.

A Minnesota woman is now reunited with her family after authorities say she was kidnapped, pistol-whipped and held for ransom, according to the Ramsey County Sheriff's Office

According to the criminal complaint, on Monday, Flynn drove to a home in Oakdale and picked up the woman. Before they had even driven a mile, Tucker popped out of the trunk, choked and pistol-whipped the woman, causing a cut on her head.

Tucker thought the woman had sold his vehicle and told her she needed $5,000 to make up the loss. He also took $457 that the woman had on her. He wanted to make a new life in Florida.

After dropping Flynn off at a hotel in Bloomington, Tucker took the woman to a home on Ivy Avenue in St. Paul, where she started contacting people to try to get the money. Tucker told her he was going to shoot her and kill her.

Tucker then took the woman to a LaQuinta in Bloomington, where he put a bandana over her eyes and kept her in the bathroom all night. At one point, he told her, "Don't say anything stupid. Don't make me put my hands on you." He also took her phone and starting texting people that he was going to kill the woman if he didn't get paid.

Around 9:45 a.m. on Tuesday, Ramsey County deputies responded to a home in the 100 block of Concetta Way in Little Canada, where the woman's father lives. The father told the deputies a man wearing a bulletproof vest had rung his doorbell. The man showed the father a photo of his daughter with a black eye, told him she had been kidnapped and that the kidnappers wanted $20,000 or "they would give [her] a bullet." The man explained he wasn't holding her hostage and wanted her freed.

The man in the bulletproof vest told the father that the woman had borrowed a car, which had been stolen and he needed to pay for the car so she could be freed. When the man left, the father called his daughter. During the call, he heard a man in the background asking for money in exchange for his daughter. The father offered $1,000.

Authorities had T-Mobile ping the woman's phone, which traced back to a hotel in Bloomington. Officers found Tucker with the woman in the parking lot and arrested him. At the time, Tucker had four folding knives, a replica firearm, and a silencer. They also found blood on the front passenger seat belt.

The woman later told police that right before the officers had arrived, Tucker put the silencer on the gun, held it to her head and said, "I really don't want to do this." He also said her father had 25 minutes to show up or he was going to take her to a corner of the parking lot and shoot her. Police confirmed her father had received a text saying he had 25 minutes to bring the money to the Mall of America.

Officers later arrested Flynn at a different hotel. Both Tucker and Flynn are in custody at the Ramsey County Jail.

After receiving a medical examination, the woman, who was kidnapped, was reunited with her family.