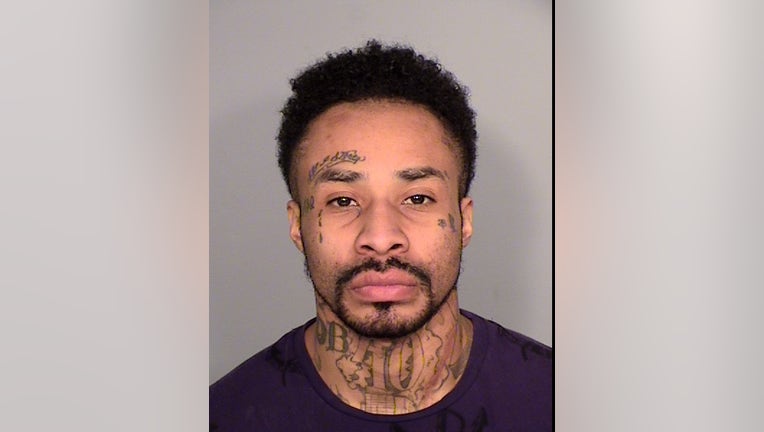 ST. PAUL, Minn. (FOX 9) - A 32-year-old St. Paul man has been charged with second-degree murder after he allegedly attacked two people because he was being teased for his face tattoos, according to the criminal complaint.

Zenas Farkarlun is also charged with first-degree aggravated robbery and second-degree assault with a deadly weapon.

According to the criminal complaint, a group of people were drinking and watching the Vikings vs. 49ers game at a home on the 100 block of Arlington Avenue E in St. Paul when tensions rose. Farkarlun became upset when another man started making fun of Farkarlun's face tattoos. Farkarlun then grabbed a machete out of the closet and smacked the man with the flat side of the blade. He allegedly told the man to shut up and said, "If this guy keeps talking s---, I'm going to kill him."

A woman, Farkarlun's cousin, stepped between the two men, according to the complaint. Farkarlun punched her in the face and on the side of her head. Farkarlun then said, "Then I'll have to kill everybody else for no witnesses," the charges state. Another fight broke out between the man and Farkarlun, who later left with the man's cell phone.

When officers arrived, they found the woman asleep in bed, passed out and snoring, apparently intoxicated. They noticed she had injuries on her face, which they photographed. Emergency crews took the man, who was hit with the machete, to the hospital. The woman's boyfriend stayed at the home, cleaning up and later told police he last heard her snoring around midnight.

The following morning, the boyfriend found her unresponsive and tried to revive her. When medics arrived, they determined she had passed away. An autopsy by the Ramsey County Medical Examiner's Office revealed she had suffered a subdural hematoma and had died from traumatic head injuries from an assault.

A SWAT team arrested Farkarlun on Thursday. In an interview with police, he claimed his cousin already had bruises on her face when he got to the house. He later admitted to assaulting the man with the machete and stealing his phone so he could not call the police. He denied he assaulted his cousin.

Farkarlun is in custody at the Ramsey County Jail. He has previous felony convictions for assault and aggravated robbery.