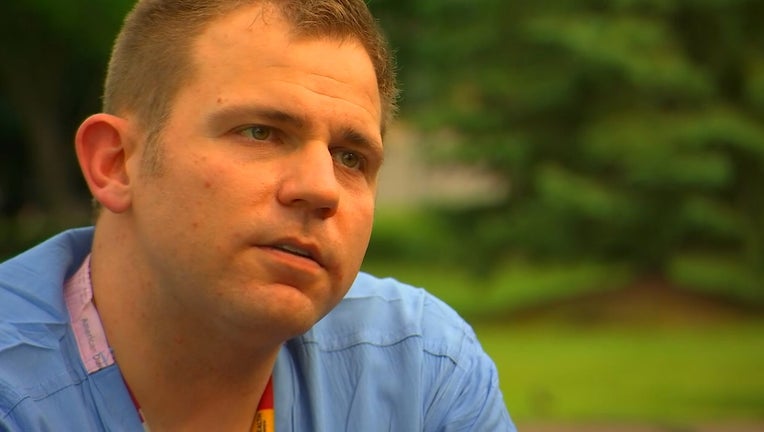 (FOX 9) - Tom Johnson was forced to say goodbye to his sister through an iPad.

Pam died in the spring at Bethesda, the dedicated COVID hospital in St. Paul, but she didn’t die alone.

Chaplain is godsend for dying patients and families at COVID hospital

Tom Johnson was forced to say goodbye to his sister through an iPad.

“Pam was a real gentle soul. Her demeanor was always happy,” her brother, Tom Johnson recalled. “Almost like an angel on earth. Didn’t have a mean bone in her body. Went to work as a housekeeper.”

She worked at HCMC for 20 years and a decade at Southdale before that, she was one of the unsung hospital heroes.

Pam retired a few years back, to a senior complex in Richfield where she caught COVID.

By the time she was admitted to Bethesda, she was already sedated and intubated.

“They said the catholic priest can’t come, he is not available, okay well what’s the next best thing?” Tom asked.

The next best thing turned out to be Chaplain Jeff Challberg, an American Baptist by training and part of the spiritual care team at the hospital.

Through the iPad, Challberg and a nurse kept the family connected to Pam.

They told a few familiar stories, told her they loved her and said their goodbyes.

After 10 days, she was taken off the ventilator.

“He made a commitment that he would be there until she passed and he did, he was there along with one of Pam’s nurses,” Tom said.

In the final moments, Challberg held Pam’s hand and prayed.

“We knew if they could not cure Pam, they could still provide healing to Pam. We truly feel like she felt his presence there,” said sister-in-law, Jennifer Johnson.

Volunteered for the duty

At first, the chaplain was also frightened to work at Bethesda.

With all the PPE, he almost passed out the first time reading the Lord’s Prayer.

“This has created a tragic scenario in the traditional sense of competing goals. We are trying to keep people safe, it breaks our hearts, every provider. We all wish families could be there. It’s a frightening time.” Challberg said.

Like so many who are working at the hospital, he volunteered, running towards the sadness.

“It feels so important to go to towards it. I can’t imagine retaining my integrity, as a minister and my sense of call, if I ran away from it,” the chaplain said.

Much loss, much life

For those who read the obituaries in the paper, they see far fewer lines; ‘died surrounded by loved ones.’

But even surrounded by death, the chaplain believes he has found so much life and grace.

“I’m not a person who cries very often, in general. Not much of a crier, but I’ve cried several times since working here. I’d say half of those, moments, touched by how tender the care team has been or family have been. There have been some beautiful moments, right alongside of the hard ones,” he said.

A month after his sister died later, Tom and Challberg met, behind masks, but hardly strangers.

“Thanks for everything you did for Pam,” Tom said. “To not only see you holding her hand, here’s Pam on a ventilator. It was a journey, it was a fast journey for Pam, and sometimes it’s like that.”

Pam Johnson knew, better than most, that not all the heroes in hospitals are doctors or nurses.