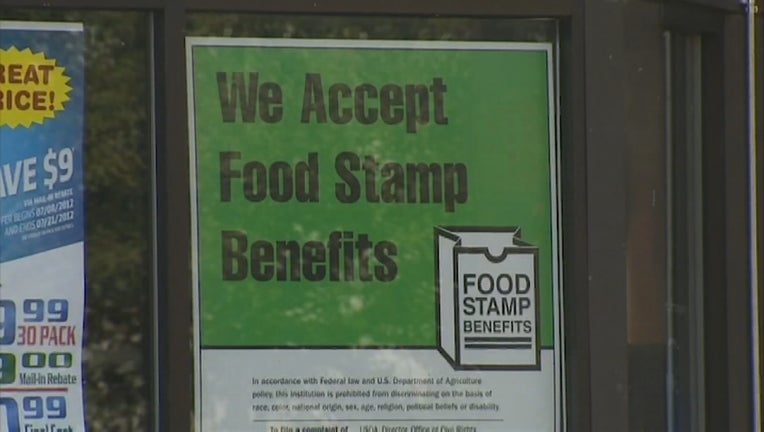 MAPLEWOOD, Minn. (FOX 9) - New requirements for food stamp eligibility will start making it tougher to receive benefits. The changes by the Trump administration are being made because unemployment is low and there’s more jobs available.

Second Harvest Heartland, a food bank based in the Twin Cities metro, served 89 million meals last year. That amount seems like a lot, but organization leaders say what they do isn’t nearly what SNAP, the taxpayer-paid food stamp program, does.

New requirements for food stamp eligibility will start making it tougher to receive benefits. The changes by the Trump administration are being made because unemployment is low and there’s more jobs available. &nbsp;

“For every one meal that we distribute, SNAP provides 12 meals, so if those benefits go away our hunger relief network will simply be overwhelmed,” said Allison O’Toole, Second Harvest Heartland.

O’Toole is concerned because the first of many Trump administration proposals was made official Tuesday and will go into effect in April. It makes it tougher for states to get waivers for eligibility requirements. There has to be high unemployment and low job availability for a person to receive benefits. This only applies to able-bodied adults without young children, which is about 2,600 Minnesotans. Second Harvest says it’s important to look at the big picture.

“With these SNAP cuts when you look at them over time, it’s sort of death by a thousand cuts,” said O’Toole. “These continued cuts will impact more and more families, working families, seniors, kids in our communities.”

The USDA, who announced the change, said SNAP was never intended to be a way of life.

In a statement, Minnesota Congressman Jim Hagedorn (R – Blue Earth) said, “I strongly support work and technical training requirements for able-bodied welfare recipients, because such requirements help move citizens from government dependency to private sector work and self-sufficiency, as well as ensure that program dollars are allocated for those truly in need.”

Second Harvest, however, says the proposals will actually hurt those who truly are in need.

“About two-thirds of the folks we serve have worked in the last year or are working, are underemployed living paycheck to paycheck and kind of one big car repair or medical bill away from needing help,” said O’Toole.

It is not clear when the other cuts or restrictions will be made official.