Community members in Minneapolis react and celebrate as the guilty verdict is read in the trial of Derek Chauvin.

The celebration was largest at 38th and Chicago, also known as George Floyd Square. The crowd continued to grow as the afternoon went on. There, relief overwhelmed one woman who watched the reading of the verdict on a phone. Other people gathered at George Floyd Square were seen throwing money into the air.

A woman reacts to the Derek Chauvin guilty verdict at 38th and Chicago after watching it on a phone.

Downtown Minneapolis, car horns honked and people cheered after the verdict was read inside the Hennepin County Courthouse. Hundreds of protesters marched through areas of downtown, stopping to listen to speakers and blocking traffic in the area with rows of cars.

Crowds celebrated throughout the Twin Cities after the verdict was announced in the Derek Chauvin Trial, finding him guilty on all three counts.

Demonstrators said more work has to be done, including in the recent Brooklyn Center shooting of Daunte Wright and in the trials of the other three officers involved in George Floyd's deadly arrest. 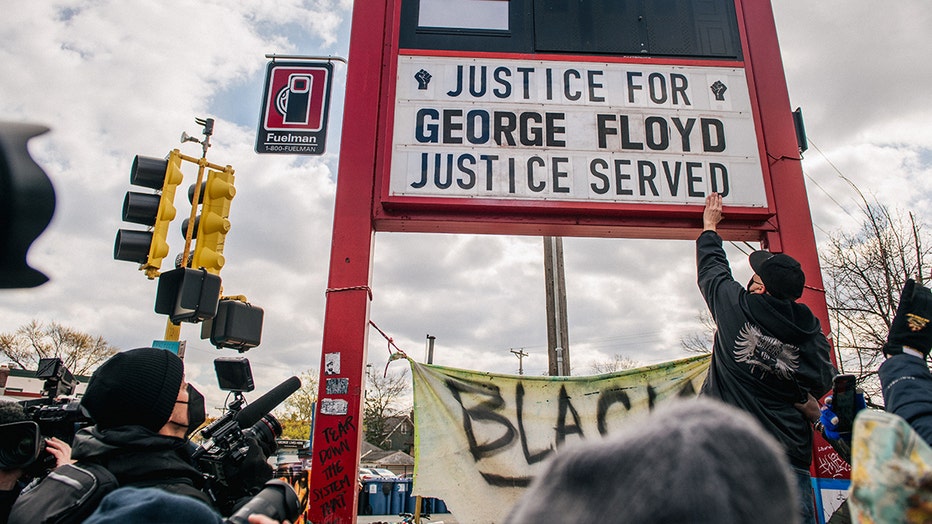 Law enforcement announced no curfews would be implemented Tuesday night.