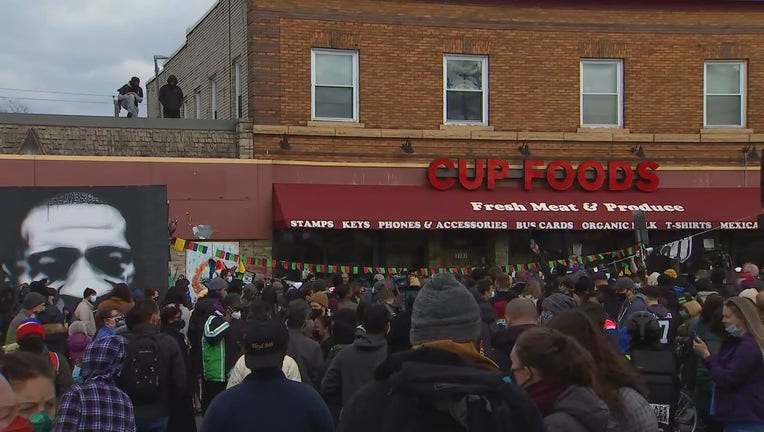 Crowds gather in George Floyd Square to celebrate the guilty verdict in the trial of Derek Chauvin.

MINNEAPOLIS (FOX 9) - There will be no curfews in the Twin Cities Tuesday night following the guilty verdict in the Derek Chauvin trial, the state’s public safety commissioner announced.

In a news conference Tuesday afternoon, Commissioner John Harrington said he does not "believe a curfew makes any sense," after his conversations with police chiefs.

Crowds celebrated throughout the Twin Cities after the verdict was announced in the Derek Chauvin Trial, finding him guilty on all three counts.

The exception is the city of Brooklyn Center, which will have an 11 p.m. curfew Tuesday night after more than a week of protests following the death of Daunte Wright last Sunday.

Gov. Tim Walz said the massive security buildup in the Twin Cities under Operation Safety Net will be demobilized as quickly as possible, but it will remain in place Tuesday night.

Downtown Minneapolis, celebrators honked horns and took to the streets after a guilty verdict was read in the Derek Chauvin trial.