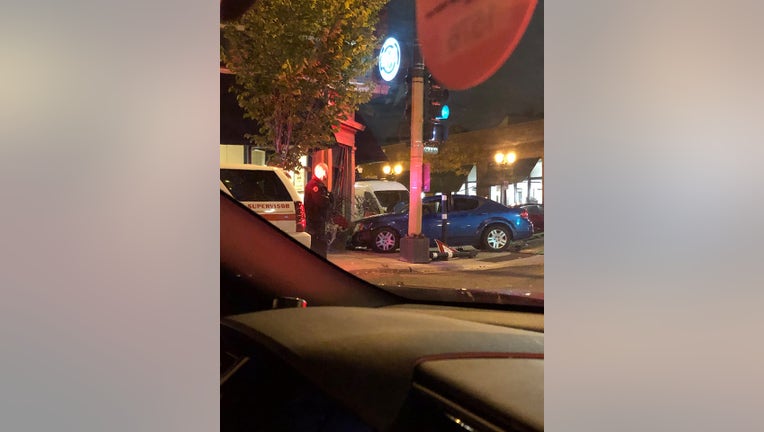 ST. PAUL, Minn. (FOX 9) - A car crashed into a St. Paul bakery, causing minor damage to the building, according to an official with the St. Paul Police Department.

Tuesday night, the vehicle hit Bread & Chocolate, which is located at Grand Avenue and Victoria Street.

The St. Paul watch commander said the driver suffered minor injuries and no one inside the bakery was hurt.

The crash caused some damage to the front of the building, which is now boarded up, but there was no serious structural damage, according to police.

It also appears a pole with a yield sign was flattened in the crash.