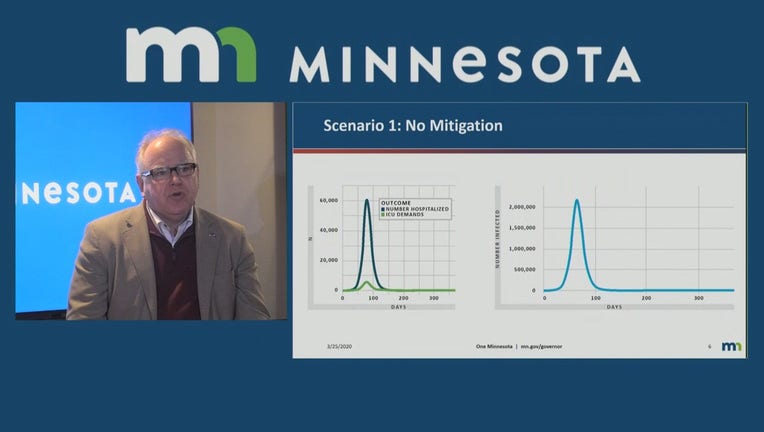 In his address Wednesday afternoon, Walz showed the state’s modeling data, including a worst-case scenario in which there was “no mitigation” of the spread of COVID-19 and another that strikes a “proper balance” between protecting vulnerable populations and keeping the economy functional.

Minnesota Gov. Tim Walz addressed the state from the governor's residence Wednesday, announcing a statewide stay-at-home order as the next step in the state's response to the coronavirus pandemic.

The Governor said if the state did nothing to combat the spread of COVID-19, Minnesota would reach full ICU capacity, which is 235 beds, in six weeks.

He said that scenario is like what is currently playing out in Italy.

“That’s what we need to avoid,” Walz said.

In that scenario, the Governor’s model said 60,000 people would be sick by day 63, requiring 6,000 people be admitted into the ICU.

Under current restrictions of schools and other businesses like bars and restaurants, Walz said Minnesotans have reduced physical contact by 50 percent. Under his new stay-at-home order, however, the Governor hopes to increase that number to 80 percent.

He says his two-week stay-at-home order will help the state achieve that reduction. After that, he is asking for three more weeks of physical distancing. 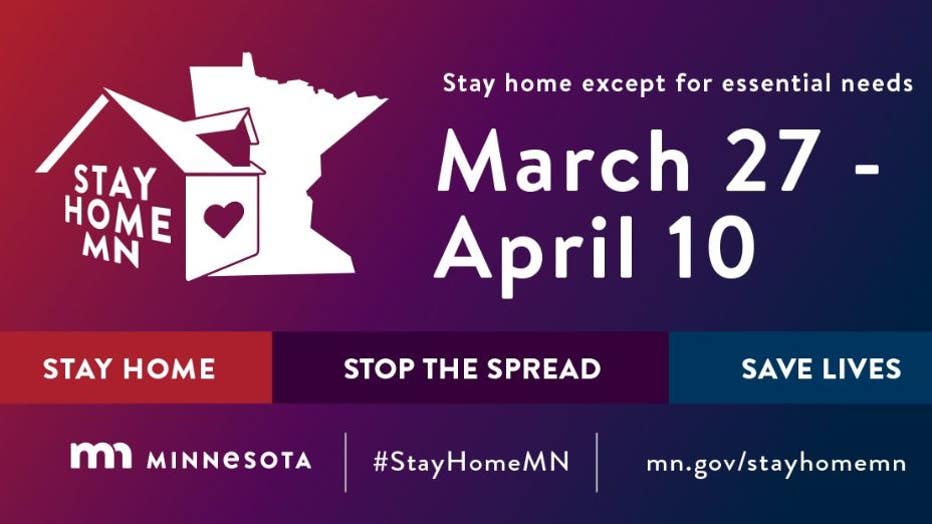 The reason for these measures, Walz says, is to move the virus’ peak in Minnesota to 14 weeks from now instead of six weeks.

By adhering to the Governor’s new restrictions, he told Minnesotans they will have “bought us valuable time.”

During this time, the Governor said the state can work with arenas, stadiums and hotels and motels to convert them into hospitals to help raise the ICU capacity statewide.

According to this model, Walz says on day 150 of the virus, 2 million Minnesotans will have gotten the coronavirus. 85 percent of them will have recovered and 15 percent will be hospitalized.