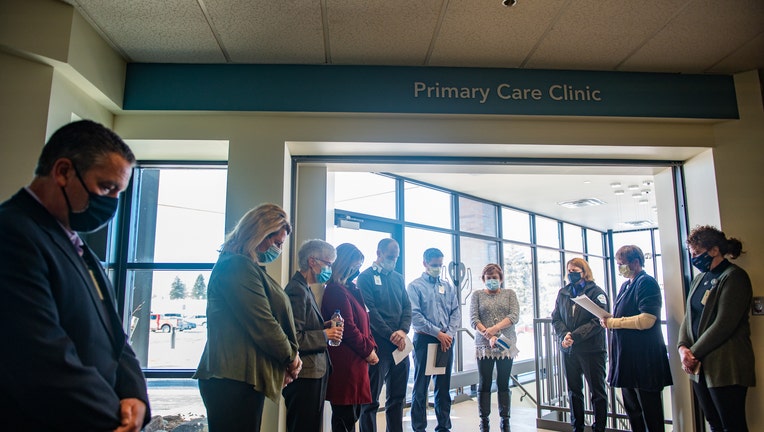 BUFFALO, Minn. (FOX 9) - Allina Health workers honored the victims of a shooting this week at the Buffalo clinic on Friday, as three remain hospitalized following the attack that left one person dead.

As of Friday afternoon, three of the surviving victims remain at North Memorial Hospital, with one listed in "fair" condition and two listed in "good condition."

As workers come to grips with the tragedy this week, a moment of silence was held on Friday at Allina facilities to honor the victims -- one of many ceremonies this week to support the victims.

Fundraising campaigns have also been launched for the victims and their families in the aftermath of the shooting, with thousands of dollars being raised this week.

Police say the suspect in the shooting opened fire and set off three bombs before calling 911 on himself. He was charged with first-degree murder, felony use of an explosive device, and felony possession of a firearm. He is being held on $10 million bail and is set to return to court for a virtual appearance in late March.

The investigation shows the man took public transportation from his hotel room to the clinic. Once there, police say he spoke with clinic staff asking if they could help him. He then escalated the situation by pulling out a handgun and threatening staff, police say.

According to the charges, the suspect shot two victims in the reception area before shooting out the front windows of the clinic and setting off two bombs. Police say he then moved further into the clinic, shooting three more victims. The final person he shot, Lindsay Overbay, died from her injuries.

The man detonated the third device in the interior of the clinic, police said, but a fourth bomb found at the facility was not detonated.

When he called 911, police say the suspect told officers to back away from the facility and he would surrender.

According to police, the man was well-known to police before the shooting. In court documents, FOX 9 learned that a restraining order was issued against the suspect, ordering him to stay away from a doctor who worked at the clinic after a 2018 incident.