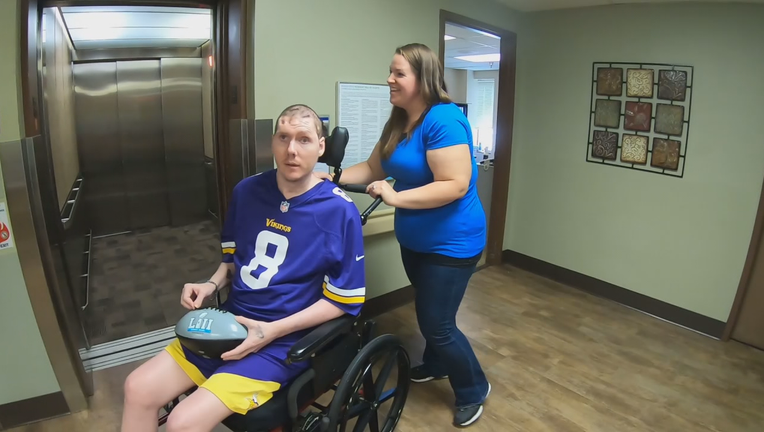 With the Walk for Thought coming up Saturday, a brother and sister share how they've bonded over an unfortunate brain injury.

NEW BRIGHTON, Minn. (FOX 9) - Brain injuries, often invisible conditions, happen to many more Minnesotans than you may think and each have their own survival story.

The Walk for Thought, coming up this Saturday at Long Lake Regional Park, is one way Minnesotans showcase each person’s story.

Brother and sister prepare for Walk for Thought

While every survival story for brain injuries is different, one thing many of them share is a support the Walk for Thought, which is coming up this Saturday at Long Lake Regional Park. Jeff Hassel and his sister, Laura, will be among those in attendance.

Jeff Hassel and his sister Laura Plantenberg will be there. They share an unbreakable bond and look out for each other, even when life itself breaks down.

“He watched out for me growing up, so I watch out for him, too,” said Plantenberg.

The strength of their bond was tested by a fall.

“The back of his head hit the top of the stairs and he bounced all the way down the rest of the way,” Plantenberg said of her brother’s incident.

That simple fall down a set of basement steps two years ago resulted in a concussion that swelled his brain. Surgeons had to remove a portion of his skull to relieve the pressure. After many surgeries, Jeff is still in recovery.

Therapists are teaching him to re-walk and even talk. The therapy, the support and even his home at Northridge Care Center were referred to him and his family by the Minnesota Brain Injury Alliance.

For all those reasons, Plantenberg and Hassel are going to this year’s Walk for Thought. It’s the brain injury alliance’s annual event to celebrate survivors and their caregivers.

Last year, his team, “Jeff’s Squad” pushed him all the way to the finishing line where he insisted on taking his own final steps.

“It was uneven ground and it was just him and his therapist,” Plantenberg described. “And it was a great accomplishment for everyone to see that he can overcome this and so can everyone else.”

Hassel’s work in the therapy room never stops and it’s helped facilitate a bond between brother and sister that never breaks.

“He does want to cross the line again,” said Platenberg. “Just keep encouraging people that it’s not the end that you keep going and that it’s up to you that you want to recover too.”

The Walk for Thought is Saturday morning at Long Lake Regional Park in New Brighton, Minn. You can register online at braininjurymn.org.