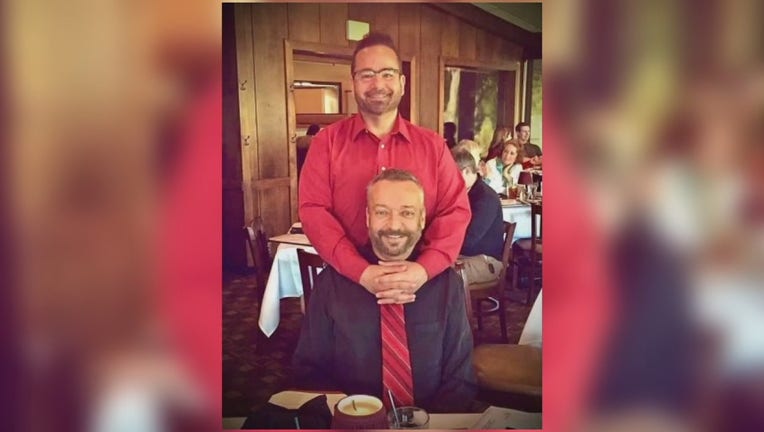 A Brooklyn Park man, identified by family as Paul Pfeifer (seated), died after he was intentionally struck by his neighbor. (Pfeifer family)

BROOKLYN PARK, Minn. (FOX 9) - Neighbors in a Brooklyn Park subdivision say the suspect who hit and killed a man Saturday night terrorized their neighborhood with his abusive and threatening behavior.

Court documents also show the man had a history of mental health issues and violent behavior.

Residents speak out about a neighbor who is accused of intentionally hitting and killing a man with his car in Brooklyn Park over the weekend.

According to police, officers responded to the 9500 block of Scott Circle North on reports of a car hitting a pedestrian around 10:30 p.m. The victim, identified by family as Paul Pfeifer, was pronounced dead at the hospital.

A police spokesperson said while the motive is still under investigation, they believe the driver hit the man intentionally. He is being held at the Hennepin County Jail on criminal vehicular homicide charges.

"This guy was a threat and he was unpredictable," said neighbor Ariel Wright.

Wright, 19, said the suspect stole her car out of her driveway on June 15, 2020 and hit her as he was pulling away, resulting in injury.

Another neighbor told FOX 9 that this past Friday, he approached her with what appeared to be knives wrapped in a towel. She said she called police and they responded, but nothing ever came of it.

"There were plenty of signs," said Wright. "The fact that someone had to die for him to be locked up is really disheartening."

Court records show the suspect was charged with aggravated robbery in the incident involving Ariel Wright. A judge found him incompetent to stand trial.

Court documents also show he was not taking his medication for schizophrenia and bipolar disorder and was known to be violent.

Charges have not yet been filed in this case.

Pfeifer leaves behind his husband, to whom he was married for 16 years. Friends say the couple moved into their Brooklyn Park home two years ago.