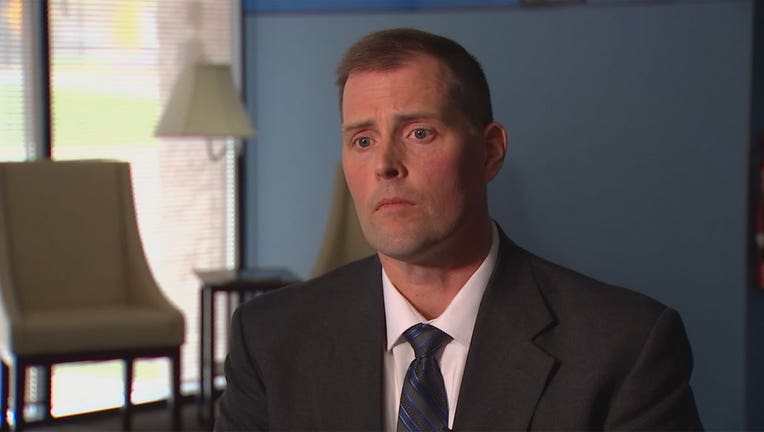 The union president of the Brooklyn Center Police Department released a letter Wednesday expressing sorrow for the shooting of Daunte Wright and saying that members in his department feel like they have lost a "sister."

BROOKLYN CENTER, Minn. (FOX 9) - The new union president for the Brooklyn Center Police Department spoke out for the first time Wednesday, sharing an open letter with the community.

Up until she resigned after shooting and killing Daunte Wright last month, Kim Potter was the union president. Now, her vice president has taken over the role.

The new union president for the Brooklyn Center Police Department spoke out for the first time Wednesday, sharing an open letter with the community.

"I wanted to put the letter out so the community of Brooklyn Center knows we are human," said Chuck Valleau, a detective in the department.

The letter says that officers are devastated by Daunte Wright’s death and also that the department is grieving for what Potter is going through.

It says, in part, "We love her as a sister. It is impossible for me to grasp the overwhelming emotional burden of taking a life after dedicating your career to protecting life."

"The death of Daunte Wright is terrible," said Valleau. "And the loss of our co-worker Kim Potter is also terrible for what she’s going through as well."

The letter thanks the community, which has been sending cards, food, letters and monetary donations to the department. The department says its officers have given much of those donations away.

Within the letter, the acting union president also makes a request for people to stop using racial slurs toward Black and brown officers.

He says, periodically in recent years, but more so during the protests in Brooklyn Center, officers have reported being called racial slurs.

Michelle Gross, the president of the Community United Against Police Brutality, finds that part of the letter offensive to protesters.

"It is not even remotely true that that happened, "said Gross. "There is no one in the world who is going to go to protest for Black Lives and use racial slurs. Anyone who would do that would be run out of that protest immediately."

She also questions the conversations the union wants to have after a recent tear gas and encounters like this.

Valleau ends the letter asking the community to pray Brooklyn Center officers, "receive the wisdom and guidance needed to do our jobs…to the best of our ability."

Daunte Wright’s brother told FOX 9 the "letter was a slap in the face." A longer statement is expected to be released from the family's attorney.

The Brooklyn Center City Manager, however, thanked the union president for the "thoughtful" comments.