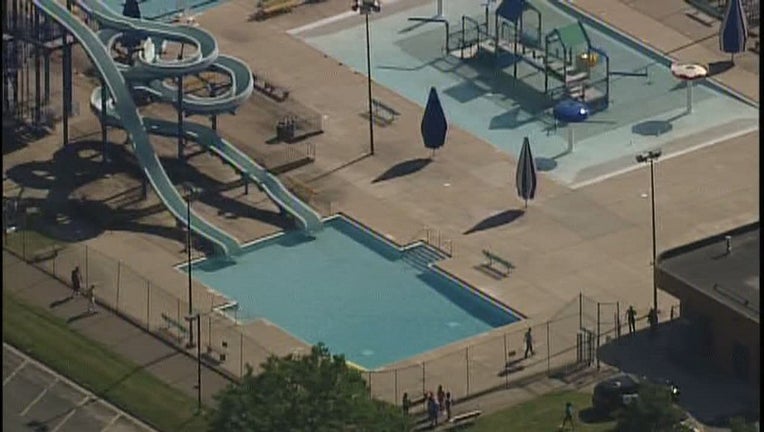 First responders on scene at the pool at North Commons Park in Minneapolis. (FOX 9)

MINNEAPOLIS (FOX 9) - A 12-year-old boy was hospitalized Friday after he was found at the bottom of a pool at North Commons Park in Minneapolis.

Emergency crews responded around 4:30 p.m. for the water rescue at the park off Golden Valley Road at James Avenue North. At the pool, we're told a Minneapolis Park Police officer pulled the boy from the water and started CPR to revive the child.

The boy was rushed to Hennepin County Medical Center for treatment. His condition is unknown.

The North Commons Water Park is not yet open for the season and is scheduled to open on June 12. Deputies say it appears the boy climbed over a fence to get into the locked area.

The Hennepin County Sheriff's Office is investigating the incident.