Born out of a dream after the death of George Floyd, Dionne Sims opened Black Garnet Books in St. Paul, which carries books by BIPOC authors and illustrators.

On the bookshelves at the new Black Garnet Books, customers will find works that reflect the large Black and Asian communities in St. Paul.

"I feel like books are one of the ways that we see that anything is possible, and therefore, the representation in books is important," said Dionne Sims, the owner of Black Garnet Books.

Creating a bookshop that only carries books by only BIPOC authors and illustrators was very important to Sims, who is a self-professed "lover of books."

"I really feel like I was partially raised by books, and despite that, I never walked into a store and saw people of color like me," Sims said. "If there was like a display that was predominantly people of color, it was always like, a table to the side (that) kind of felt like an afterthought, or we would get the month of February and not really a spotlight outside of that."

So the lifelong Minnesotan decided to create a bookstore where people of color are on every cover. It started out as a Google search in 2020 following the murder of George Floyd.

"I’d gone online and I searched for the nearest Black-owned bookstore to support and nothing came up. The closest one was Semicolon in Chicago," Sims said.

At the time, her tweet about it went viral, as she wrote on Twitter, "Minnesota doesn’t have a black-owned bookstore. I think that’s my new dream." 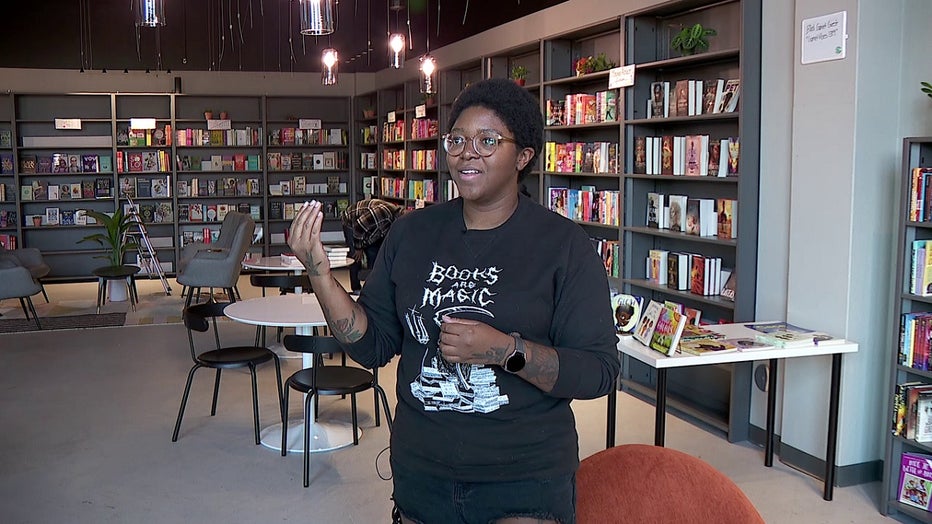 She began selling books herself online and at pop-up shops, all the while looking forward to the day she'd finally have a brick-and-mortar store for the community to enjoy. That dream became a reality when Sims officially opened the storefront on Saturday. She was overwhelmed with the community’s response, with the entire store packed wall to wall with people.

"Going to the local library is OK, but just knowing that you have a black bookseller right here in your corner is amazing," said Geneva Matthews, who brought her sons to the store on Wednesday.

Black Garnet Books is now one of a few Black-owned bookshops in the Twin Cities.

Sims’ next goal is to have author events at the store and get back to doing pop-up events in the area. But mostly she wants the community to know this resource is here and there are books inside just waiting to be discovered.

"That's something that ‘childhood me’ really wanted. I would have killed to have books with people that looked like me on the covers, and I get so excited seeing kids come in here and be like, ‘Mom, she has the same hair as me,’" she explained.

The store is located at 1319 University Ave West, across from Midway Marketplace.