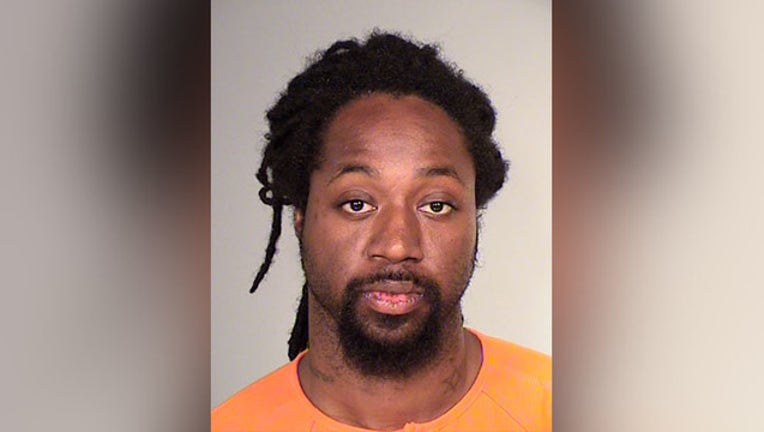 Shakee Shabazz Miller-Brantley, 27, of St. Paul was charged Monday with second-degree murder in the death of 27-year-old Jessica Williams.

ST. PAUL, Minn. (FOX 9) - A man has been charged in connection with the murder of a woman who was found dead in her home Friday in the Frogtown neighborhood of St. Paul, Minnesota. Two of her children were home at the time, although neither were injured.

Shakee Shabazz Miller-Brantley, 27, of St. Paul was charged Monday with second-degree murder in the death of 27-year-old Jessica Williams.

According to the charges, at around 9:30 p.m., officers were called to a home on the 500 block of Charles Avenue to investigate a suspicious scene. Williams had been two hours late for picking up one of her children from daycare, so her emergency contact was called to pick up the child. When the contact arrived at Williams’ home with her child, she found the front door locked. Williams’ other two children unlocked the door for her.

Once inside the home, the contact saw blood in the kitchen leading down to the basement. She immediately left the house with all three children and called police.

When officers arrived, they found six spent .22 caliber casings in the home. A blood trail led to the basement, where they found Williams’ body at the foot of the stairs.

Williams’ children told police a man named "Shabash" had been staying at the home. He was later identified as the suspect, Shakee Shabazz Miller-Brantley.

Williams’ Ford Explorer was missing and was later found on the 300 block of Summit Avenue. On Saturday, officers arrested Miller-Brantley at his mother’s house a little over half a mile from where Williams’ vehicle was found.

Officers recovered a .22 caliber handgun from a kitchen drawer at Miller-Brantley’s mother’s house as well as a pair of shoes with blood stains that matched the tread of the bloody shoeprints found at the murder scene.

When questioned by investigators, Miller-Brantley said he and Williams’ had been in a relationship for five months, but she had recently "put him out" and he didn't know why, the charges say.

On the night of the murder, they were fighting. He believed she had a gun and feared for his safety. He then shot her multiple times and carried her body to the basement, the charges say.

Miller-Brantley has three prior felony convictions, including aggravated robbery and fourth-degree assault.