(FOX 9) - The National Weather Service has issued a blizzard warning for counties in the western portion of Minnesota as heavy snow and winds create treacherous conditions for drivers.

The blizzard warning stretches the entire western border and includes a block of the southwest portion of the state. 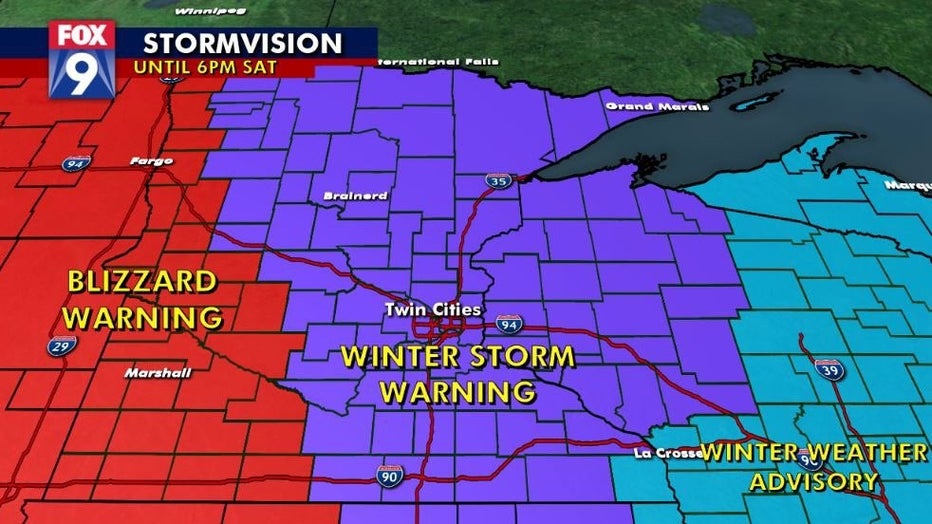 The blizzard warning is set to remain in effect until Saturday evening. (FOX 9)

The weather service expects the worst conditions will be in the west-central and south-central parts of Minnesota. Forecasters expect visibility for drivers will be near zero at times and failing temperatures will make roads icy.

Adding to the snow and cold, wind gusts approaching 50 miles per hour are expected as well.

Minnesota State Patrol reports they have responded to several crashes along I-94 in west-central Minnesota. They are warning drivers in that area to use caution on the roads or stay off them altogether if possible.

In the metro, a winter storm warning is in effect through Saturday evening as well.