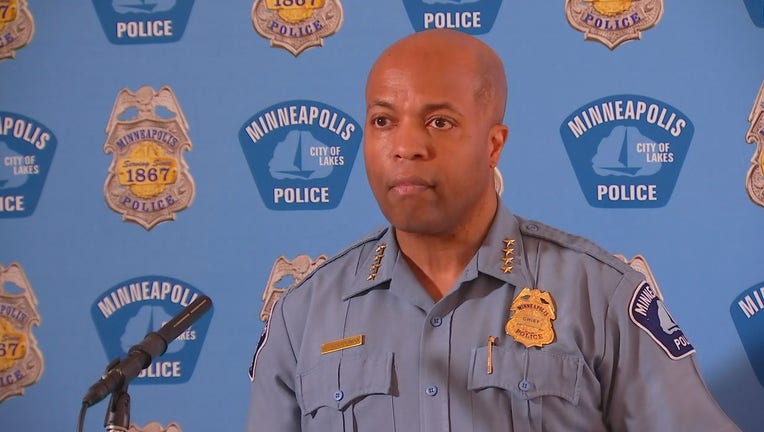 MINNEAPOLIS (FOX 9) - As much of the world starts refocusing next week on the death of George Floyd, many will also focus on how his death changed the world and policing.

Friday, a number of prominent Black police chiefs in Minnesota held a forum to look at the future of public safety.

A number of prominent Black police chiefs and law enforcement leaders in Minnesota held a forum to look at the future of public safety.

"I don’t think the events of May 25th have not impacted any police agency across our country," said Minneapolis Police Chief Medaria Arradondo.

The arrest and subsequent death of George Floyd changed the way many communities look at their own police officers.

"One of the things that’s clearly being done now is our communities are leaning in and they’re asking us questions about, 'do we value them?'" added Chief Arradondo.

It’s not just Chief Arradondo of Minneapolis; many fellow police chiefs say their agencies need to change how the public sees them and it begins with service.

"This uniform is a symbol of service," said St. Cloud Police Chief Blair Anderson. "It’s a symbol of sacrifice. But to some people it’s a symbol of oppression and violence, and we need to be cognizant of that when we talk about making changes."

But another chief says it must start by hiring more officers who reflect the communities they serve - officers who are familiar with the circumstances of someone like George Floyd who was accused of trying to pass a fake $20 bill.

"And what that does is give individuals the ability to say if you’re here for a $20 bill that is potential counterfeit, let’s see what the real deal is here," said Metro Transit Chief Ed Frizell. "Is there more going on?"

But Chief Arradondo believes police departments also need to start planning for what their communities will look like 20 years from now.

"We, as a profession, I think we need to start looking at that," said Chief Arradondo. "Because that will impact what educational requirements we’re going to have to hone and need to focus on...what skillsets are we going to look for, for men and women in this profession?"

A number of chiefs on the panel believe that police departments themselves need to change their mindset and double down on service to their communities. Chief Frizell went as far to say he views his departments as guardians.