Firefighters responded to a fire at a house on the 2900 block of Skyline Drive overnight Wednesday, but the bitter cold and ice on the driveway hindered their efforts.

EAGAN, Minn. (FOX 9) - An Eagan, Minnesota family’s home is likely a total loss of after a fire early Thursday.

The fire started around 12:30 a.m. at a home on the 2900 block of Skyline Drive near County Highway 13. Eagan Fire Chief Mike Scott said when crews arrived, there were flames visible from the garage and heavy flames and smoke were visible from the home.

The two people inside the house got out safely. 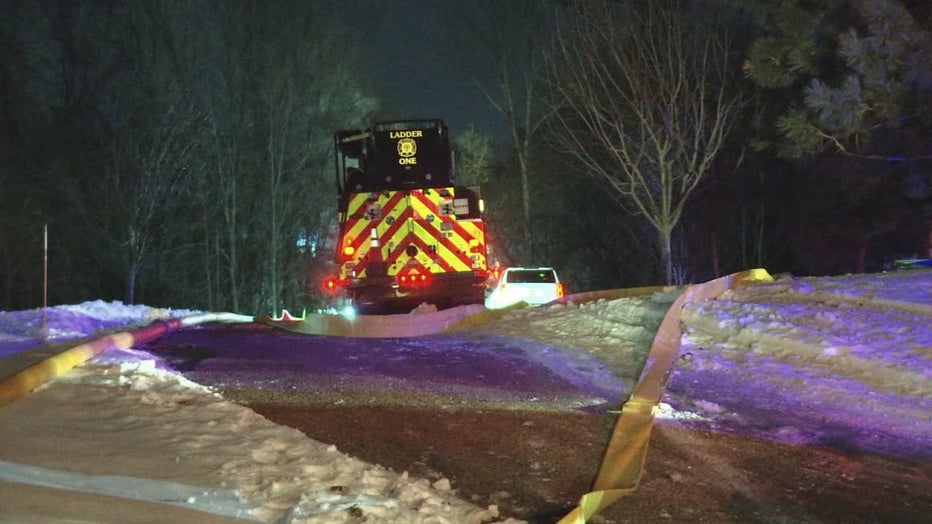 A house on the 2900 block of Skyline Drive in Eagan, Minnesota is likely a total loss after an early morning fire. (FOX 9)

Multiple agencies responded to the fire, but the bitter cold did not make things any easier for the firefighters involved.

Scott said a couple of firefighters slipped and fell on the ice, but no one was injured.

He said the displaced residents are staying with family nearby.