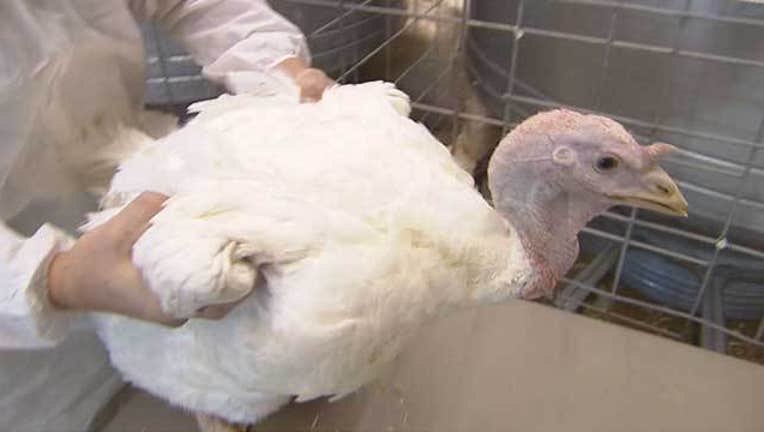 ST. PAUL, Minn. (KMSP) - Tens of thousands of chickens have been destroyed at a Tennessee chicken farm due to an outbreak of avian influenza. The U.S. Department of Agriculture confirmed 73,500 chickens at the Tyson Foods supplier were destroyed and will not enter the food system.

The Minnesota Board of Animal Health responded to the confirmation of the Tennessee bird flu outbreak by issuing a reminder that “biosecurity is a year-round responsibility” and pointing out that Minnesota’s flocks are potentially at risk.

“Although the response and containment was quick and successful, the incident was located in the Mississippi flyway, which means there is risk of the virus spreading to other states, including Minnesota,” the board said.

Two years ago, Minnesota was hit by 110 confirmed cases of avian influenza that led to the destruction of 5 million turkeys and 4 million egg-laying hens. The University of Minnesota Extension estimated the losses at more than $310 million.

Avian influenza poses no threat to the safety of food, and the risk of the public contracting the virus is very low.
For farmers, biosecurity is a preventative approach used to minimize the introduction or spread of disease-causing organisms like viruses or bacteria. Farmers should have a biosecurity plan or program tailored to their farm and livestock species. General biosecurity steps anyone involved with livestock and poultry should keep in mind include:

Keep animals in a secure area and limit contact with people.

Ensure fences, barriers and buildings are in working order.

Create a line of separation and keep visitors to a minimum on the "clean side" of this line.

Provide either disposable coveralls or barn-specific clothing to necessary visitors.

Provide either disposable boots, a boot wash or barn-specific boots for necessary visitors.

Clean and disinfect any tools or equipment before bringing them across your line of separation.

Always wash your hands and use separate clothing and footwear when you enter the "clean side."

When in doubt, disinfect.