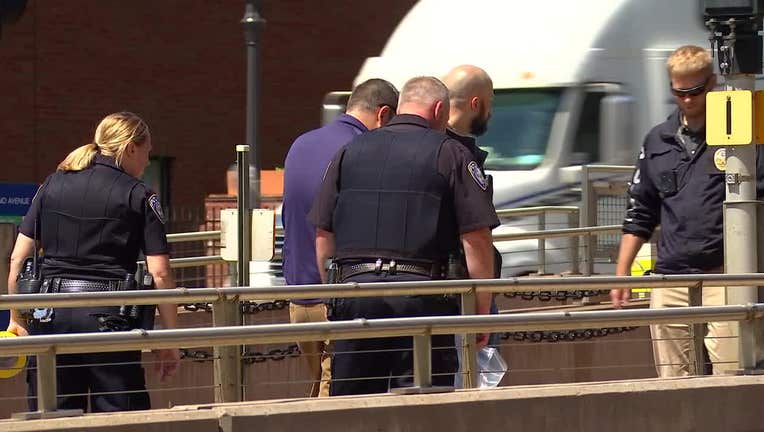 Police on scene at a fatal light rail crash in St. Paul on Wednesday, June 8.  (FOX 9)

ST. PAUL, Minn. (FOX 9) - Metro Transit is investigating a fatal crash between a light-rail train and bicyclist in St. Paul on Wednesday.

A Green Line train hit and killed the bicyclist around 10:30 a.m. on June 8 at the Raymond Avenue Station. The trains were rerouted after the incident, but service has since been fully restored.

The identity of the victim is not known at this time. It will be released by the Ramsey County Medical Examiner’s Office at a later date.