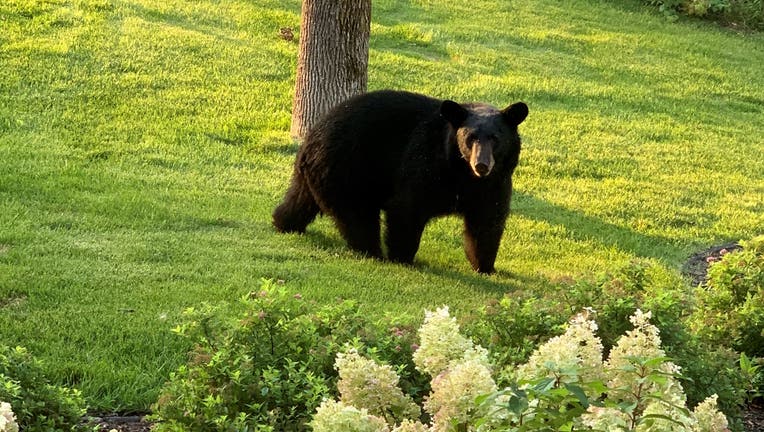 A North Oaks, Minnesota family saw a black bear walking across her lawn much to their surprise on September 5, 2019. (Greta Schilling)

NORTH OAKS, Minn. (FOX 9) - A family in North Oaks, Minnesota got quite the surprise when they found a black bear walking across their lawn Thursday evening.

Greta Schilling told FOX 9 around 7 p.m. they brought their dogs inside. Just minutes later, they saw the bear pass through.

The Schillings' doorbell camera captured video of the bear. The animal first appeared to be ambling up the sidewalk to the door, but then continued to head across the yard.

North Oaks is about 10 miles north of St. Paul in Ramsey County.

"While the housing density is higher, there are a few big complexes of wetlands and wooded areas (Rice Creek watershed complex, North Oaks, Bald Eagle/Otter Lake complex, and even down through the northeast corner of the 694/494 loop)," DNR wildlife resource biologist Andrew Tri said in an email to FOX 9. "Circle Pines, Oakdale, Mahtomedi, Hugo, Dellwood also have fairly extensive complexes of wetlands and wooded areas that would at least attract bears moving through, if not a very small population. We presume they either come from the north and follow rivers and wooded corridors or come across the river from Wisconsin, where the bear population is very robust."

The range of black bears in Minnesota has extended southward over the years. If you have a bear sighting outside of bears' primary range, you are encouraged to report it to the Minnesota DNR. 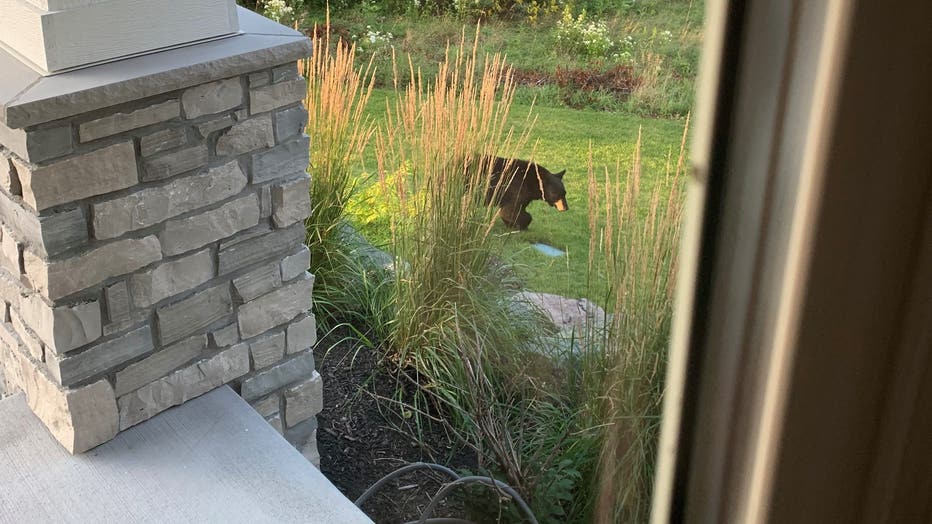 A bear was spotted by resident in North Oaks, Minnesota on Sept. 5, 2019. (Greta Schilling)