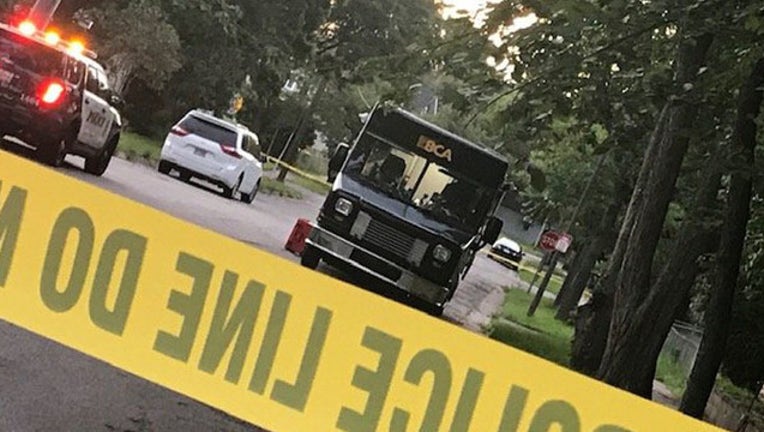 A police officer fired shots at a fleeing suspect in a stolen car after they drove their vehicle at another officer. (Photo credit: St. Paul Police Department)

ST. PAUL (FOX 9) - The Minnesota Bureau of Criminal Apprehension has identified the two police officers involved in an incident on Tuesday in St. Paul where one officer was hit by a vehicle and the other fired shots at the suspect.

According to court documents, the officers spotted the suspect - identified as 19-year-old Salvador Torres Garza - in the area of Winter Street and Capitol Boulevard North on Tuesday,

Police say Torres Garza was wanted in connection to burglaries at two car dealerships where several cars were stolen and damaged in June. Torres Garza was arrested following the burglaries, but failed to appear for a later court hearing. Since that time, police say there have been other thefts at other auto businesses in the area.

Because of that, police were actively looking for Torres Garza. Tuesday morning, they spotted a Dodge Journey that had been stolen from a business between Aug. 10-11.

As officers approached the vehicle, they spotted Torres Garza behind the wheel. With one officer near the driver's door, they ordered him to get out of the vehicle. Instead, he hit the gas and hit the other officer, identified as Officer Mitchell Mountain, sending him bouncing off the hood. Officer Mountain suffered minor injuries in the collision.

The Dodge Journey was later found abandoned. Officers say they found no blood inside the vehicle and don't believe Torres Garza was hit by gunfire. Officers say he remains on the run.

Officers Lopez and Mountain have been placed on administrative leave as the department investigates the altercation. Both officers have been with the St. Paul Police Department for two years.