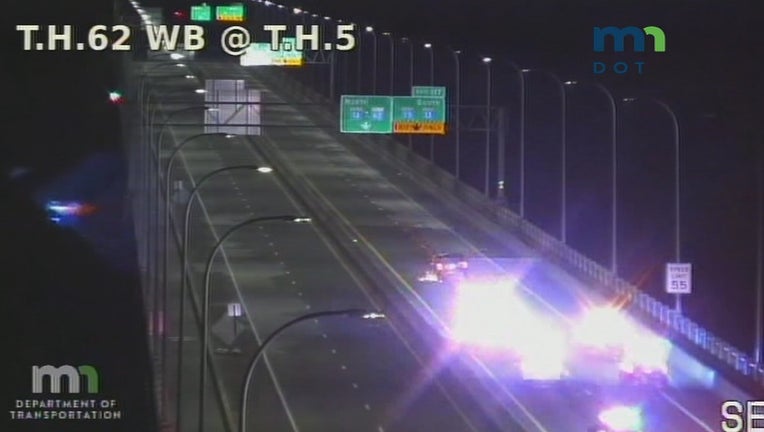 The Minnesota Bureau of Criminal Apprehension is investigating a deadly officer-involved shooting.

MENDOTA HEIGHTS, Minn. (FOX 9) - The Minnesota Bureau of Criminal Apprehension has identified the deputy who shot and killed a man, who authorities say was holding a female hostage at gunpoint on the Mendota Bridge Monday morning.

According to the Carver County Sheriff's Office, deputies responded to a home in Chaska where an armed man, Schultz, was threatening to shoot a female inside the home. Schultz took the woman, believed to be a hostage, and drove off with law enforcement in pursuit. The chase ended nearly 30 miles later on the Highway 62 Mendota Bridge.

Despite negotiations, Schultz continued to hold the hostage at gunpoint, until he was shot by Schoening.

Schoening is on standard administrative leave.

Parts of the incident were captured on body cameras and dash cameras.

The case remains under investigation. Once completed, the Washington County Attorney’s Office will make a charging decision.