Bald eagle badly hurt in battle in Marine on the St. Croix, Minn. rehabilitated and released to wild

After spending the last two months healing, a bald eagle has been released back into the wild by The Raptor Center.

HASTINGS, Minn. (FOX 9) - After spending the last two months healing, a bald eagle has been released back into the wild by The Raptor Center.

The bird was part of a vicious fight over the Fourth of July weekend. But, Thursday, we learned how a group of neighbors came together to rescue the eagle and set it on the path to soar again.

The Carpenter Nature Center in Hastings, Minnesota was the perfect spot to release the eagle. Experts say it's considered neutral territory for raptors in the area. For this eagle, she has the choice to fly south or back north where she came from.

Reunited for the first time since July 7, Andy Kirn is moved to feel the weight of this bald eagle in his arms. "She was kind of heavy and hissed at me a couple of times, but I played it cool," said Andy Kirn.

The last time the Kirns saw the bird, she was on the losing end of a territorial fight with another eagle. The Kirns watched the two, locked together by their talons, for over two hours. 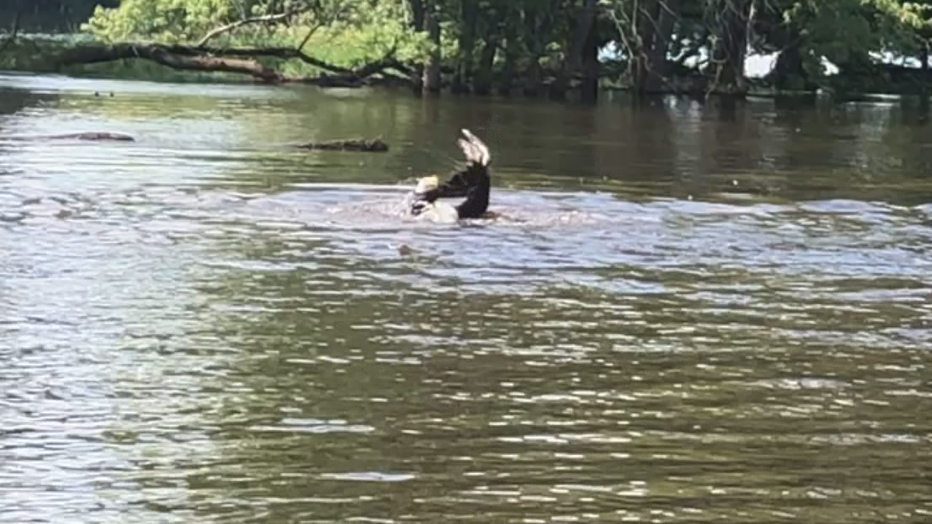 The eagles battled in the water. The rescuers worried they might drown and the attacked each other.

"Their heads were going lower and lower in the water and we thought they would drown," added Ann Kirn.

"We decided that I would go in the water and try to save them myself," explained Andy.

With spotty cell coverage near Marine on the St. Croix, they were eventually able to text neighbors on shore. They called The Raptor Center and Washington County Sheriff's Office for help.

"When we got out there, I had never seen eagles that water-logged," said neighbor Dorothy Deetz.

Using a pallet to elevate the eagles, they eventually separated. One flew off, but it was another couple of hours before the six year old could be caught by Mike Zajac and a volunteer from The Raptor Center. 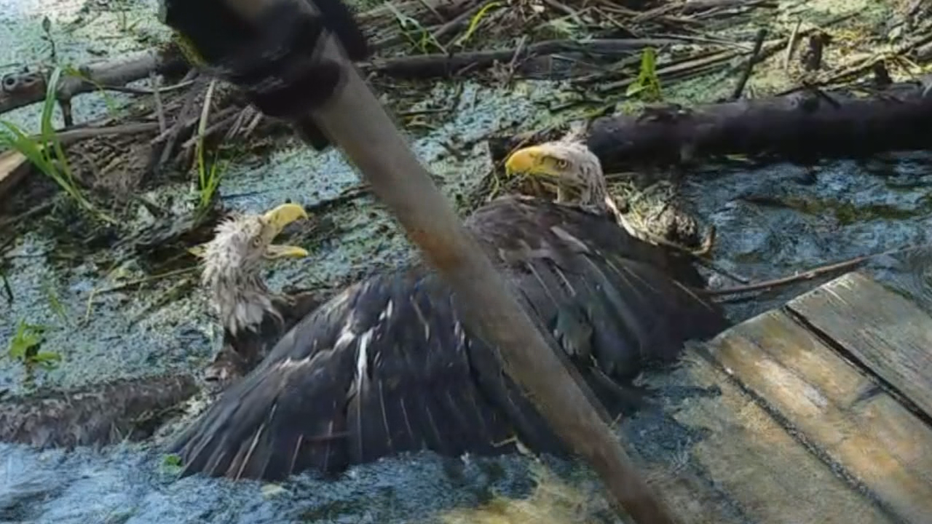 Crews used pallets to lift the waterlogged eagles from the water.

"The normal adrenaline of the rescue kicks in," he explained. "And it wasn’t until later, looking at that eagle staring at me, that it was 'holy buckets... what am I doing?'"

The more severely injured eagle had puncture wounds all over her body including one exposing her liver that would have killed her. Instead, she's one of about a half dozen survivors of territory battles that The Raptor Center nurses back to health each year.

"It’s certainly more than it used to be," said Lori Arent of The Raptor Center. "And we feel that’s because the eagle population has recovered so well and their habitat continues to dwindle."

Thursday, with her group of savors and a lucky class of kids on a field trip watching, the rescue mission is complete. 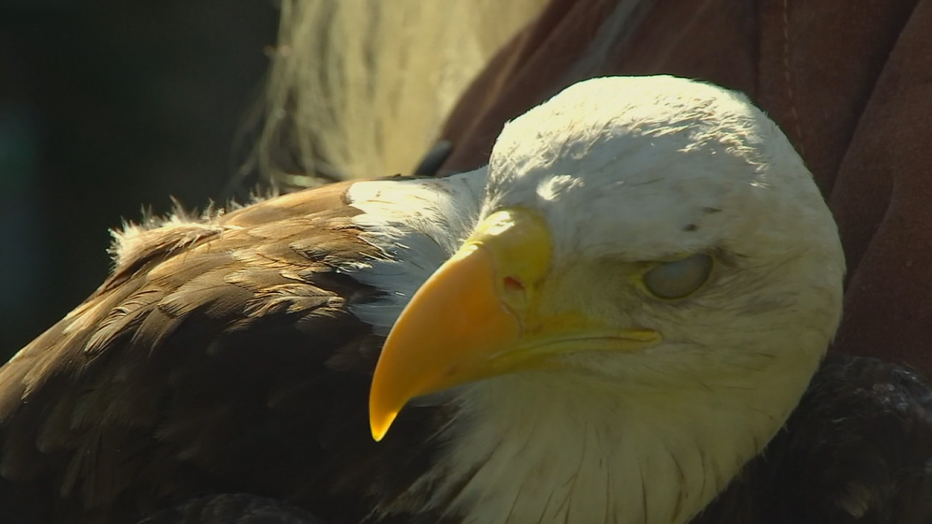 Fully recovered, the eagle was able to return to nature on Thursday.