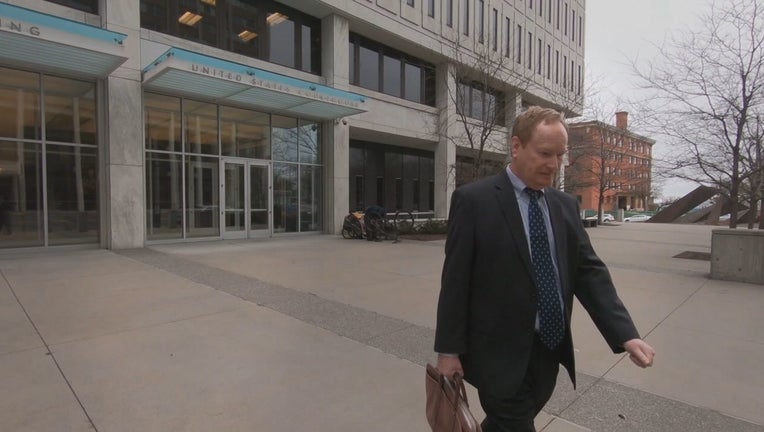 (FOX 9) - An attorney behind 270 lawsuits under the Americans With Disabilities Act (ADA) has been publicly reprimanded by the Minnesota Supreme Court.

Patrick Michenfelder, an attorney in St. Michael, was the subject of a FOX 9 Investigation into frivolous lawsuits filed against small business under the ADA on behalf of Midwest Disability Initiative (MDI).

MDI uses “testers” to visit and patronize businesses and test whether they have barriers preventing access. MDI was originally a non-profit, but in February 2016 it converted into a for-profit business.

For each successful lawsuit, MDI and the individual plaintiff would each receive $750. Any settlement above $5,000 was to be shared equally between MDI, the client, and Michenfelder.

According to the Minnesota Supreme Court order, Michenfelder entered into contingency fee arrangements that were not signed by the clients and did not detail percentages. He also deposited money from settlements into an operational account, rather than a trust account.

But under the ADA, a lawsuit’s only remedy is for the business owner to be prevented from operating until they are in compliance and to pay the plaintiff’s legal fees. Unlike other lawsuits, there are no damages under the ADA that a lawyer recovers for the client and gets a percentage.

Michenfelder was publicly reprimanded and must pay $900.

“The penalty is a joke,” said Rob Dubnecay of Chicago Taste Authority, one of dozens of businesses along West 7th Street in St. Paul sued by (MDI).

In an email to FOX 9, Michenfelder said there was no finding of improper fee-splitting, or that the cases themselves lacked merit.

William Wernz, an attorney representing Michenfelder, said in an email to FOX 9 that “no one ever represented by Mr. Michenfelder has ever settled any ADA case for cash only.”

Wernz claims under ADA attorney fees are awarded to the plaintiff, and that it is proper for plaintiffs to share attorney’s fees.

For his part, Michenfelder appears undaunted by the reprimand from Minnesota’s highest court.

“I continue to be proud of the people I represent, and look forward to continuing to do so,” said Michenfelder.