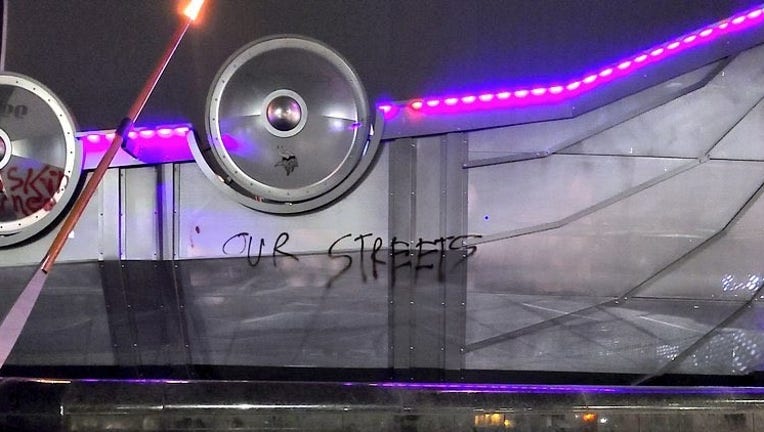 MINNEAPOLIS (FOX 9) - Minneapolis police are investigating a string of vandalism in downtown Minneapolis that included U.S. Bank Stadium and the Federal Courthouse.

According to police, at about 10 p.m., a group of about 50-100 people marched to the area of 4th Street and Chicago Avenue, spray-painting graffiti along the way.

Graffiti around US Bank Stadium in Minneapolis

The group dispersed on their own and no arrests have been made.

Police are reviewing surveillance video in search of suspects.

Graffiti at the Federal Courthouse in Minneapolis.