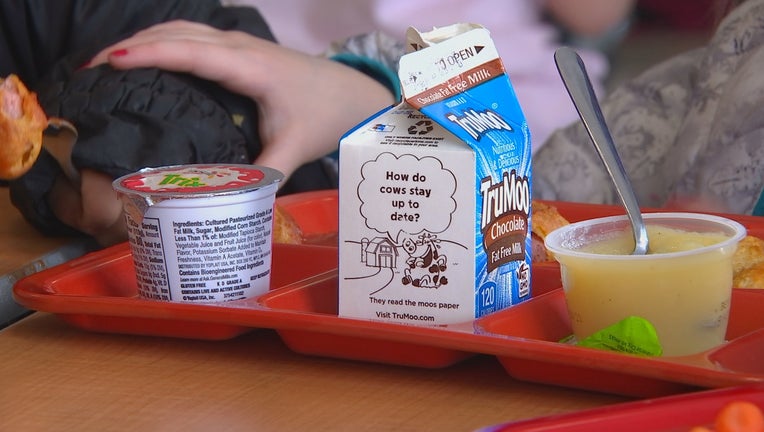 ST. FRANCIS, Minn. (FOX 9) - The school lunch debt at the St. Francis school district is no more thanks to the kindness of three anonymous donors.

The school lunch debt at the St. Francis school district is no more thanks to the kindness of three anonymous donors.

At roughly $2.50 per meal, at its highest the student lunch debt in the St. Francis School District reached nearly $9,000.

“It just made me so sad because we know that there’s people out there that really need our help,” said Giese.

At the beginning of the school year, Giese launched an angel fund meal account to help pay down the debt. Donations started rolling in.

“It was really exciting,” said Giese. “We had someone call in and say they wanted to pay off just the lunch debt of one of our elementary schools.”

That check came in the amount of $450. Another person pitched in over $600 and the generosity of another anonymous donor put the district over the top.

“I think that life just changes sometimes for folks and I think things that they don’t plan for happen,” said Giese. “I hope that in any school district they ask for that help because it is there for people.”

The outpouring of kindness by complete strangers left the St. Francis school district with more than enough.

“I’m just so thankful for everyone who makes our district and our community what it is, I’m very, very thankful,” she said.