After being closed for about a month, the Animal Humane Society in Golden Valley is slowly opening back up the pet adoptions process using methods to keep workers and pet adopters safe.

(FOX 9) - After being closed for about a month, the Animal Humane Society in Golden Valley is slowly opening back up the pet adoptions process using methods to keep workers and pet adopters safe.

On Thursday, the Animal Humane Society started opening up adoptions for kittens. They say right now is the beginning of cat breeding season where they typically get a lot of kittens who need homes. They started by putting six 2-month-old kittens up for adoption. 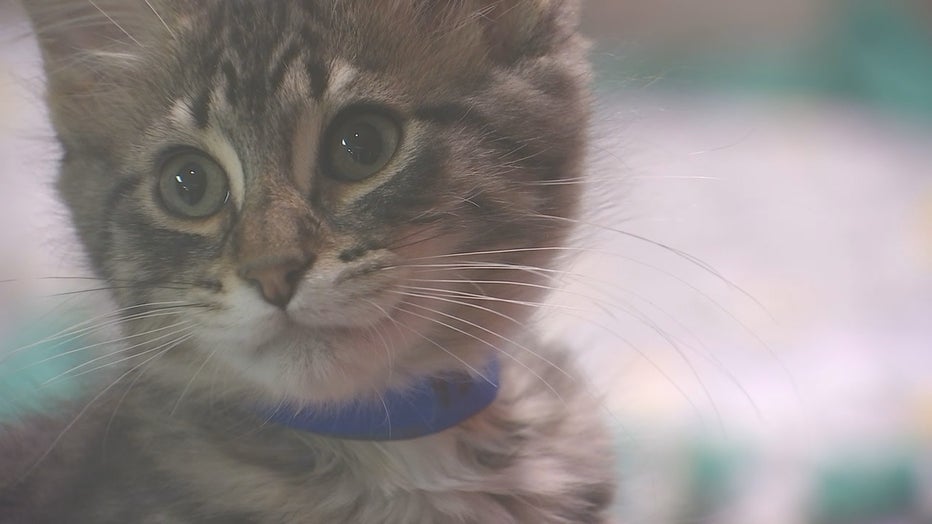 “We had over 200 people request to adopt the six kittens we have today,” Director of the Animal Humane Society Molly Morgan said.

Morgan says during the month or so they were closed they were able to organize a system to do pet adoptions with minimal human contact. She says most of the initial adoption process is done online. Then they space out appointment times to avoid crowds and allow for time to clean in between.

“What we can do right now with all the adoptions, kittens and dogs, is enough social distancing and over the phone and online that allows us to keep doing those adoptions regardless of the species,” Morgan said.

Other rescue groups like Ruff Start Rescue are using virtual visits to connect potential pet owners with animals up for adoption.

“A lot of people have felt so confident after meeting them through a screen that it’s a good fit,” Executive Director and Founder of Ruff Start Rescue, Azure Davis said.

She says their organization has seen a 200 to 300 percent increase in the number of phone calls and applications from people looking to adopt an animal right now.

“It’s been kind of crazy just to not even be able to find enough animals for the demand of people in Minnesota who want a pet right now,” Davis said.

Both the Animal Humane Society and Ruff Start Rescue are still going through the process of making sure an animal and their new owner are a good fit. With so many people home much more often right now, both are also providing resources to new pet owners to help them train the animals and adjust to what life could look like once people are leaving the house more.