Backers and detractors of the Minneapolis police charter amendment on Tuesday's ballot are being fueled by big-money donors and are spending their war chests at a small number of vendors, a FOX 9 analysis of campaign finance filings indicates.

MINNEAPOLIS (FOX 9) - Backers and detractors of the Minneapolis police charter amendment on Tuesday's ballot are being fueled by big-money donors and are spending their war chests at a small number of vendors, a FOX 9 analysis of campaign finance filings indicates.

Yes 4 Minneapolis, the activist group pushing the proposal, has raised nearly $1.8 million of its $2.5 million in total contributions, or 71 percent, from 12 mostly out-of-state donors who each gave between $25,000 and $430,000. Most of the campaign cash came from political groups, including the American Civil Liberties Union, Solidaire, Open Society Foundation, and ISAIAH, though a few wealthy individuals are among the group's top dozen donors.

Yes 4 Minneapolis has spent $1.3 million of its $1.9 million in total spending at six vendors, all but one of them outside Minnesota. Nearly half of the group's overall spending went to just two vendors: Screen Strategies Media of Virginia for advertising and Knock Knock LLC of Washington, DC, for canvassing.

Yes 4 Minneapolis paid $71,000 to Hellmuth and Johnson, an Edina-based law firm, in a lawsuit against the ballot question that ultimately went to the Minnesota Supreme Court. The group owes an additional $48,000 to its law firm. 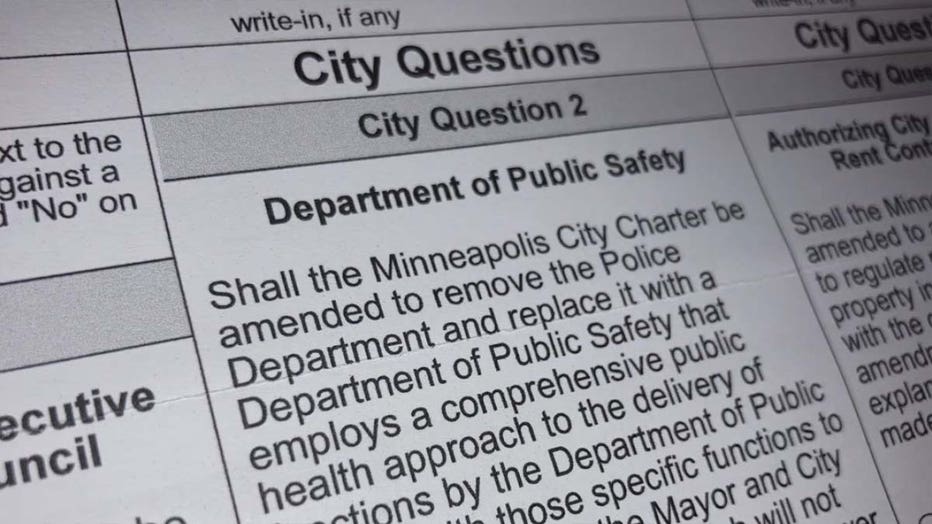 All of Mpls, the group opposing the charter amendment, raised $1.1 million of its $1.6 million in total contributors, or 68 percent, from 22 organizations and individuals who gave at least $10,000. The biggest single contribution was $585,000 this month from a barely known group called Plan for Progress, which only registered with the state on Sept. 27.

Most of the top 22 donors are well-off Twin Cities-area residents. The Minnesota Twins also contributed $35,000 to defeat the proposal.

All of Mpls has spent $1.7 million of its $2 million in total spending at nine vendors, which are split between Minnesota and out of state. The most money went to The Strategy Group of Illinois for direct mail and Eye Contact Media of Minnesota for advertising.

The campaign finance filings reflect only part of the raising and spending picture. Groups do not have to report any activity in the last two weeks of campaigning -- a period when the most money is often raised and spent -- until after Election Day.

The ballot question asked Minneapolis voters if they want to replace the police department with a new public safety agency that takes a public health approach to crime. A yes vote would wipe away the minimum police staffing requirement, allowing future city councils and mayors to decide how to staff the new agency.