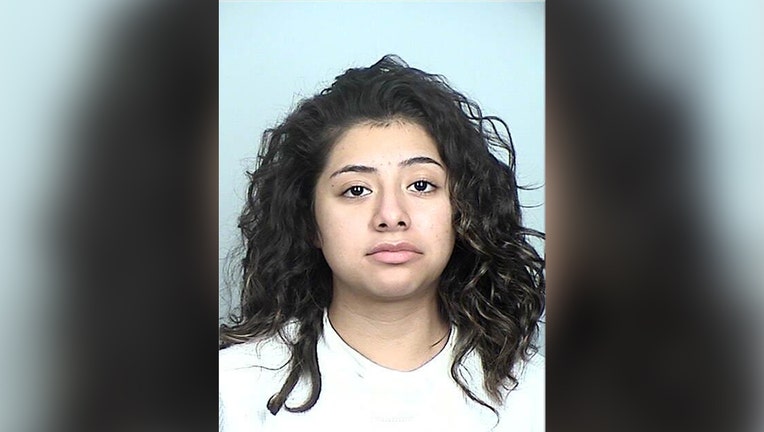 Medina made an initial appearance virtually before U.S. Magistrate Judge Becky Thorson, her first such appearance before a judge in Minnesota. She is being held temporarily at the Sherburne County Jail after U.S. Marshals brought her back to the state this week from Florida, where she was arrested in August.

Thorson agreed to a deal struck by prosecutors and Medina's lawyers allowing the 19-year-old to await trial at a halfway house. Medina will be transported from jail to the halfway house on Friday, Thorson said.

Defense attorney Ryan Garry told the judge that Medina was in Florida when she learned of her arrest warrant. She planned to fly to Minneapolis and surrender to the FBI but unnamed "complications" prevented her from doing so, Garry said.

"Her intentions were genuine," he said. "She fully intended to surrender."

Medina answered a series of yes or no questions from the judge and affirmed she understood the conditions of her pretrial release, which include GPS monitoring.

Assistant U.S. Attorney Angela Munoz said alleged young victims and their family members, who listened to the virtual hearing by teleconference, were split on whether Medina should be detained in jail.

Federal prosecutors allege Medina acted as Lazzaro's recruiter, reaching out to girls on social media and setting up meetings with Lazzaro. Medina is also accused of trying to buy the silence of the girls once Lazzaro learned they were underage.

Lazzaro is next scheduled to be in court for a motions hearing in mid-October. While the two face a joint indictment, their cases are proceeding separately.