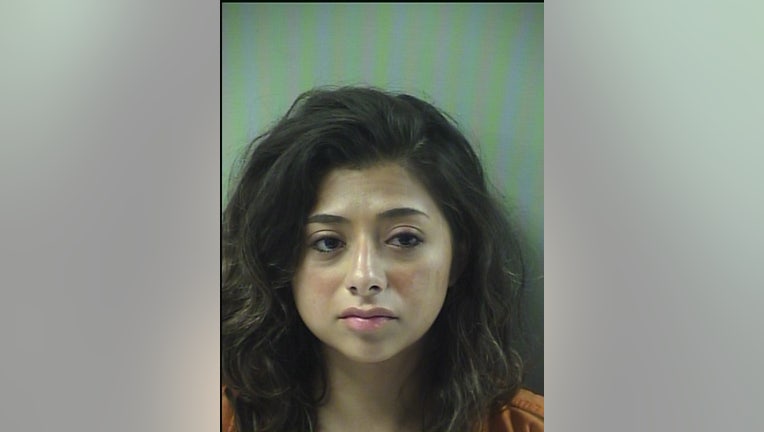 According to the Okaloosa County Sheriff's Office in Florida, Gisela Castro Medina was arrested Aug. 12 on the same charges, hours after the indictment against Lazzaro came down. According to deputies, Medina was arrested at a hospital. It's unclear why she was at the hospital in Fort Walton Beach, Florida. A police report indicates Medina may have had alcohol in her system but it's unclear if that is related to her hospital visit.

Gisela Castro Medina, whose address is listed in St. Paul, is a member of Minnesota College Republicans. The organization released a statement, confirming that Medina recently assumed the role of Chair for the University of St. Thomas chapter, where she is a student. The statement, along with a statement from the Minnesota GOP and other media reports, connects Medina to the Lazzaro case.

"We as an organization are absolutely disgusted by the actions of Ms. Medina, and have cut all ties with her effective immediately," the organization wrote in the release.

The University of St. Thomas also responded with a statement, saying, "The details of these allegations are very disturbing and saddening. St. Thomas condemns these actions and we pray for the victims. Under our student code of conduct, St. Thomas students charged with a felony will be interim suspended pending further proceedings."

According to the indictment, the accusations cover the time between May 2020 and December 2020 involving six unnamed victims under the age of 18. Prosecutors say there could be additional victims and ask anyone with information on the case to contact the FBI at 763-569-8000.

Medina is expected to appear in federal court on Monday.

Minnesota GOP Chairwoman Jennifer Carnahan released a statement after the arrest of Lazzaro, who is a close friend and donor.

"The arrest and charges involving Ms. Gisela Castro Medina, in conjunction with Thursday's arrest and sex trafficking charges of Mr. Anton Lazzaro are heinous and disturbing. Conviction of these charges warrants punishment to the fullest extent of the law and we fully anticipate justice will be served.

"While we work for the same cause, the Republican Party of Minnesota has no jurisdiction over the Minnesota College Republicans, including the chapter at the University of St. Thomas. Minnesota CR chapters are independently run organizations.

"We stand with victims of sex trafficking and encourage anyone with information to contact the FBI Minneapolis Division at 763-569-8000."