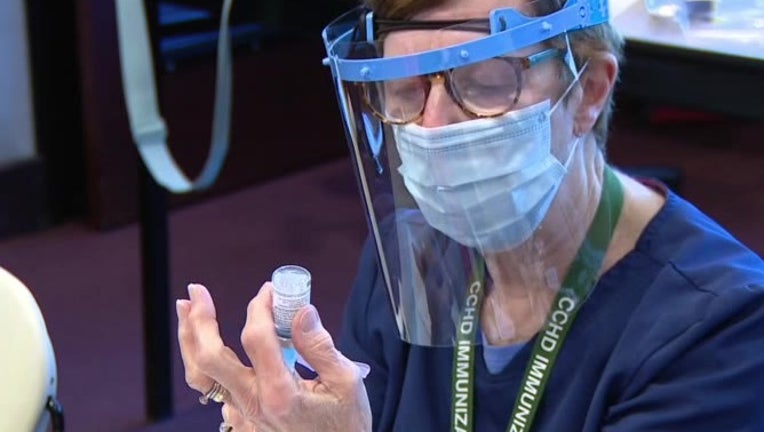 ST. PAUL, Minn. (FOX 9) - Minnesota health officials say they intend to offer a coronavirus vaccine to all senior citizens by the end of March, though winter weather is slowing vaccinations in the short term.

All people age 65 and older could be offered at least a first dose by March 31, Health Commissioner Jan Malcolm told reporters on a Thursday briefing. As of Tuesday, just 36 percent of seniors had gotten at least one dose, and hundreds of thousands remain eligible but waiting for a shot.

All Minnesota seniors could be offered COVID-19 vaccine in March, health commissioner says

Minnesota health officials say they intend to offer a coronavirus vaccine to all senior citizens by the end of March, though winter weather is slowing vaccinations in the short term.

"We definitely do hope that all 65-plus will have had an opportunity for the first shot at least by the end of March," Malcolm said. "I can’t verify precisely yet that we think that’s achievable, but that’s the goal."

The new target date comes as the Minnesota Department of Health starts looking at which groups will come next after seniors, teachers and child care workers that are currently eligible.

The state launched an online vaccine registry Thursday for people who have not yet gotten a vaccine -- even those who are not currently eligible -- to get notified of future opportunities.

On its first day, more than 160,000 people signed up on the site, a spokeswoman for Minnesota IT Services said.

Minnesota has given at least a first dose to 710,305 people, which is less than half of the nearly 1.6 million health care workers, seniors, teachers and child care workers who are currently eligible. About 12.6 percent of the state's total population has gotten a shot.

Health officials said in January that it would take four and a half months to vaccinate all senior citizens at the current pace. Allocations from the federal government have increased by roughly 28 percent since then, and the feds have launched a new retail pharmacy program that is bringing additional doses to Minnesota.

Yet winter weather across the U.S. is having a "tremendous" impact on vaccine shipments to Minnesota this week, Malcolm said.

Six mass vaccination sites -- including the site at the Minneapolis Convention Center -- were forced to delay appointments over the next two days. All people would be rescheduled once the doses arrive, health officials said. St. Louis County had already canceled some vaccine appointments because of the delays.

"We have got a lot of scrambling to do today and tomorrow to figure out the impact of the shipping disruptions on everybody," Malcolm told reporters. "It's definitely a significant disruption nationwide."