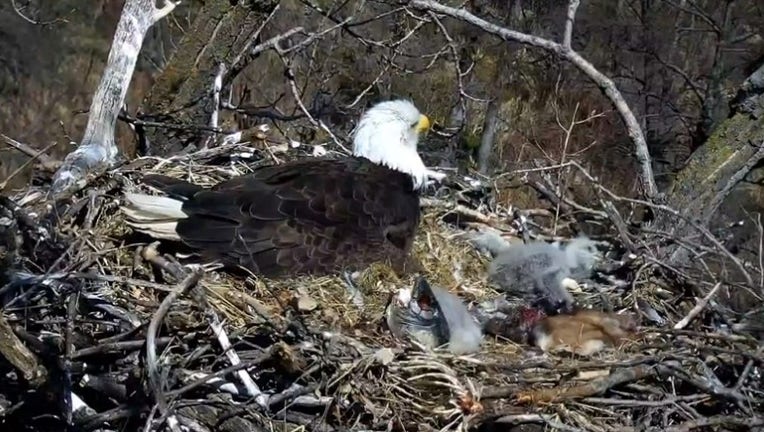 The department has been watching the eaglets since November. According to the DNR, this is "the first brood of eaglets to successfully hatch on the EagleCam since 2017."

"While we can't be sure this is their first brood, these two adult eagles appear to be just getting the hang of this parenting thing," DNR officials wrote. "Almost 40 days of diligence in incubating the eggs paid off in the best way when all three eggs hatched.  The pair seem to communicate well and even sleep in the nest together.  They've been seen feeding the chicks together on multiple occasions and even feed each other from time to time."