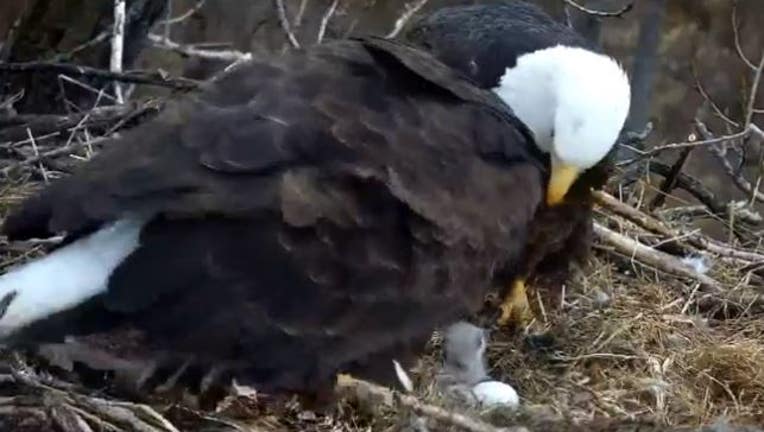 (FOX 9) - If you're looking for a way to take your mind off the COVID-19 pandemic, tune into the Minnesota Department of Natural Resources EagleCam where an eaglet just hatched in the nest for the first time in three years.

The EagleCam streams live video from a bald eagle nest in the Twin Cities.

The DNR said this pair of bald eagles is new to the nest and likely new to parenting. The pair took over the territory from the EagleCam nest’s longtime female resident and her mate last year, but they did not produce any eggs.

Avid watchers of the EagleCam have been waiting three years to see another eaglet hatch. The last time the nest had eaglets was in 2017, when there were three.

Two eggs in the nest have yet to hatch. The DNR is watching for a pip—a small hole in the shell—to appear on the eggs, which indicates an eaglet is about to hatch.