Once a week a senior choir comes together to lift their voices in song – not only making beautiful music, but also shattering stereotypes of what aging looks like.

(FOX 9) - For some, getting older can feel like an endless ode to days gone by.

But one inspiring group of seniors is singing a different tune.

Once a week, a senior choir comes together to lift their voices in song and in the process – they're not only making beautiful music, but they're also shattering stereotypes of what aging looks like.

"People think that if you are old, you are sitting home in your rocking chair and this is a group of people who don't sit at all," 77-year-old Mary Ponthan told FOX 9.

Alive and Kickin was created 13 years ago by local director and choreographer Michael Matthew Farrell, who passed away a year ago, to give seniors a voice through song.

But instead of acting their age, this collection of golden girls and guys sing classic rock and pop songs to keep them young at heart.

"Why should senior choir have to be church hymns and classical music? And why can't we sing rock and roll and liven up the world with vitality because seniors still have that," said Alive and Kickin's musical director Jason Hansen. 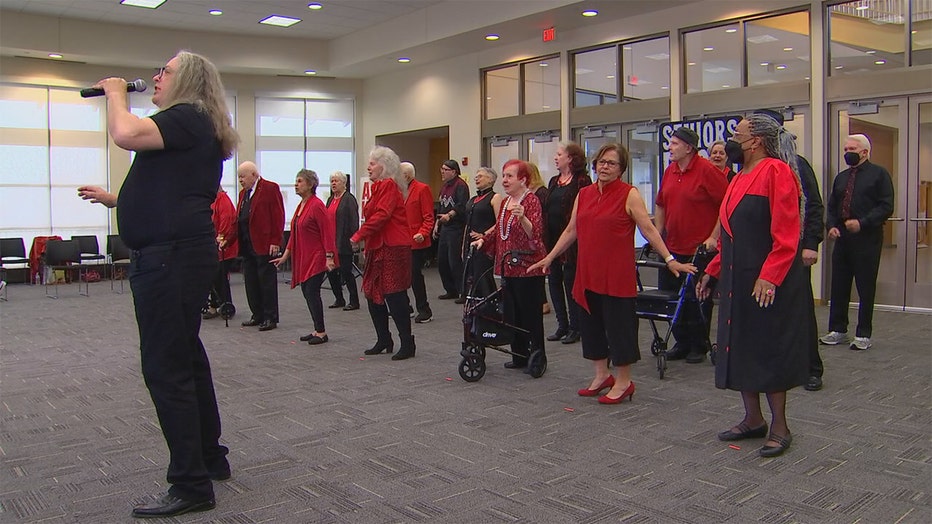 Once a week a senior choir comes together to lift their voices in song – not only making beautiful music, but also shattering stereotypes of what aging looks like.

The group's sonic stylings run the gamut from current artists like Taylor Swift, to older acts like Queen.

"We love Queen, Queen's our favorite. We always try to do a queen number, but all songs you wouldn't expect a senior to be singing," Hansen said. "A lot of times, they'll go Lady Gaga? Who's Lady Gaga? They have never heard of the artist and some of the songs so it takes a long time to get us up to speed and they take it from there."

For most of the year, the 61 to 87-year-olds perform in senior residences and community centers around the Twin Cities, but working towards a full scale production for the public at the end of the season, complete with a rock band, lights and costumes, helps get them through life's challenges like deaths in the group and diseases like cancer.

"I think having this group and practicing songs as I was in the hospital getting ready for surgery, it did not let me fall into the mind game of where you are absorbed with your illness," 65-year-old Jon Victorsen said.

"My husband is ill. He used to be in the group. He can't do that now. It gives me something else to think about other than just being at home and being a caretaker. It's very fulfilling," Ponthan said.

Singing together may help these seniors' spirits soar as high as their voices, but they have no plans to give Alive and Kickin the boot just yet.

"I would feel empty if I were not with Alive and Kickin. If there was a reason I was forced to leave, it would be a space not filled because it's that important," Ponthan said.

The theme of this year's Alive and Kickin show is life is a cabaret.

It will run June 10-17 at the Ives Auditorium at the Minnesota Masonic Heritage Center in Bloomington.