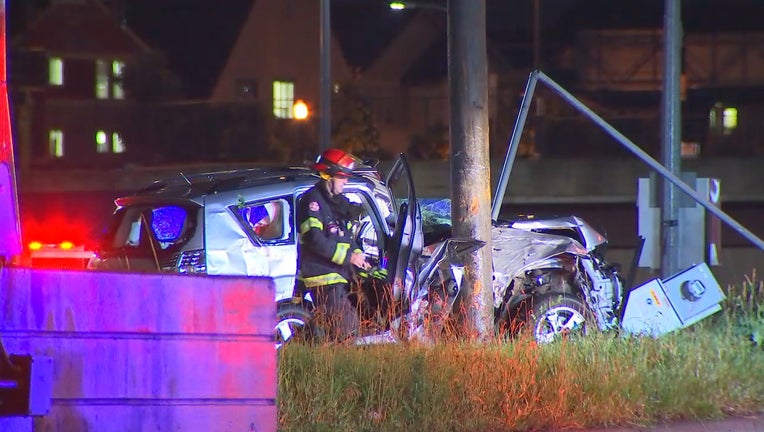 A 26-year-old Minneapolis man died after they lost control of their SUV on I-94 in Minneapolis and hit a utility pole. (FOX 9)

MINNEAPOLIS (FOX 9) - The Minnesota State Patrol is investigating a deadly crash on I-94 in Minneapolis involving a drunk driver.

Shortly before midnight, a 26-year-old Minneapolis man was driving an SUV north on I-94 near Olson Memorial Highway when he lost control and swerved across all lanes of traffic. The SUV went off the road and hit a light pole before coming to a stop.

The driver was pronounced dead at the scene.

The State Patrol said alcohol was involved and the driver was not wearing his seatbelt.