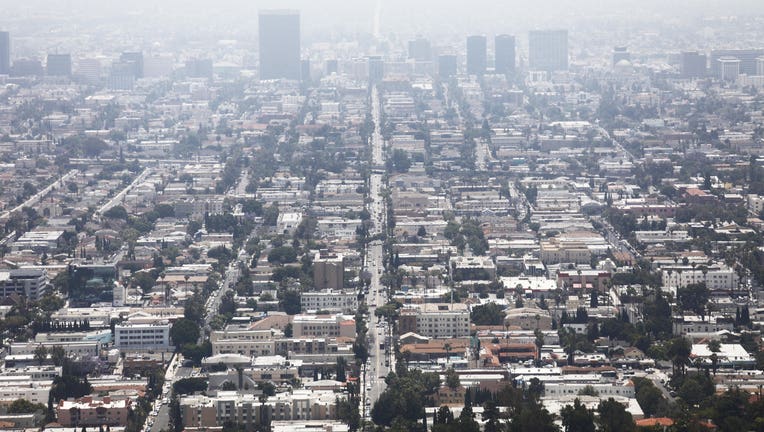 Smog hangs over the Los Angeles on a day rated as having 'moderate' air quality.  (Mario Tama / Staff / Getty Images)

MINNEAPOLIS (FOX 9) - Air pollution has been linked to a number of health issues, but a University of Minnesota and Colorado State University study now links the air we breathe to violent behavior.

Researchers say a study on this scale has never been executed before.

“What our study really found was that day-to-day changes in air pollution levels will actually increase the risk of violent behavior,” said Jesse Berman, an assistant professor at the U of M’s School of Public Health.

Berman and his team took a close look at something referred to as fine particulate matter.

“Fine particulate matter are these very small particles that are commonly sourced from vehicles or diesel exhaust or sometimes power generation,” Berman said.

When inhaled, the fine particles can cause cardiovascular issues and they can also affect the brain.

Using the FBI’s incident reporting system as a guide, researchers analyzed data from 34 states and more than 300 counties over a 14-year period.

“One of the hypotheses, or ways that we think this is affecting us, is that by breathing these particles, it’s actually impacting our neurological systems and that might affect our fight or flight type of behavior. Where people will become more impulsive or aggressive as a result of the harm that the air pollution is causing,” Berman explained.

He says the information can be key to prevention.

“With this information, we can help people like police officers or perhaps ambulances or hospitals that will have to deal with an increase in violent and criminal responses. And if they know when these events are going to be at greater risk of taking place, they can take precautions to help prevent them,” he said.

Berman says the results of the study were consistent across different types of communities, but the state of Minnesota was not included in the study.