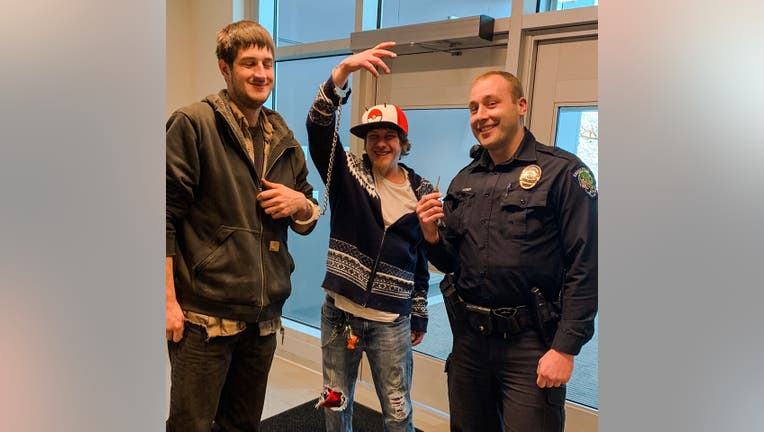 EAGAN, Minn. (FOX 9) - Two men handcuffed together and without a key went to the only place they could think of to get uncoupled: the police.

The two arrived at the Eagan Police Department Wednesday after a “magic trick with handcuffs went wrong,” the department wrote in a Facebook post.

They apparently lost the key to the handcuffs and could not free themselves using a bobby pin. Officers there freed the men who appeared to be in good spirits in a photo taken by police.

“We are always here to help,” Eagan Police said in the post.