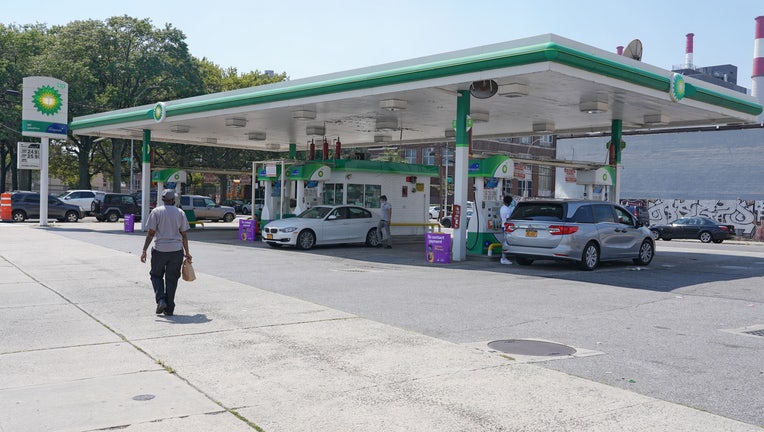 A view of a BP gas station in Queens Borough of New York City. (Photo by Ron Adar/SOPA Images/LightRocket via Getty Images)

WASHINGTON - Drivers are temporarily in for higher prices at the pump after snow, ice and sub-freezing temperatures brutally crippled parts of the South and Midwest last week, according to AAA.

RELATED: Rescue cat saves family by sniffing out gas leak in their home

AAA said the nationwide average is the highest drivers have paid in more than a year, placing the blame on the winter storm that pummeled many states, forcing many refineries to temporarily close in Texas, Louisiana, Oklahoma, Arkansas, Tennessee and Kansas.

"When close to 40% of U.S. crude production is offline because refineries are closed, there is going to be pain at the pump until operations resume," AAA spokesperson Jeanette Casselano McGee said in a news release. "The good news is the nearly two dozen impacted refiners are expected to restart operations this week, if they haven’t already. That means regular gasoline deliveries will resume and impacted stations will be re-fueled."

AAA said gas prices will continue to vacillate until crude production is back to normal. The organization expects the high gas prices to then subside.

Texas experienced some of the coldest temperatures on record for the state last week, plunging millions of homes into the darkness and leaving families without food or water for multiple days. Single-digit temperatures froze pipes, knocking out electricity and resulting in several deaths.

Thursday, Texas State House and Senate members will begin hearings about last week’s failure of the power grid and what led to it.