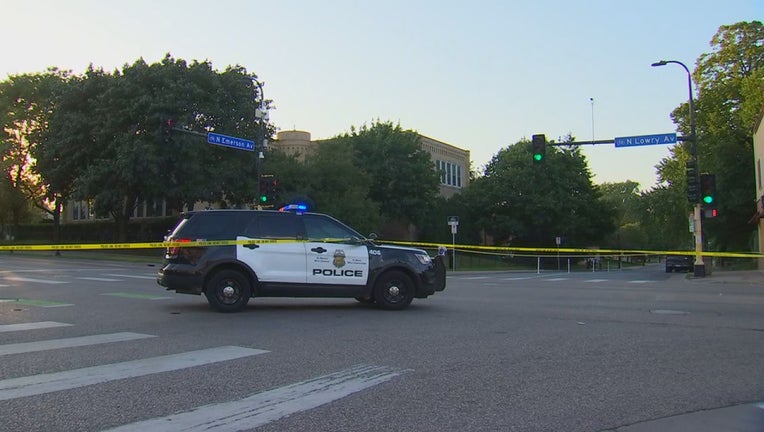 MINNEAPOLIS (FOX 9) - Minneapolis police are investigating after a seven-year-old boy was shot during a drive-by shooting in north Minneapolis Tuesday night, according to MPD spokesman John Elder.

Elder says just before 7:30 p.m. the child and his father were walking out of a business in the 1100 block of Lowry Ave N when a vehicle drove up and shots were fired.

A 7-year-old boy was injured in a drive-by shooting Tuesday night.

The seven-year-old was hit in the foot. Emergency crews took him to the hospital. Elder says the injuries are not life-threatening. The father was not injured.

No one is custody at this time.

Police are canvassing the area. The case remains under investigation.