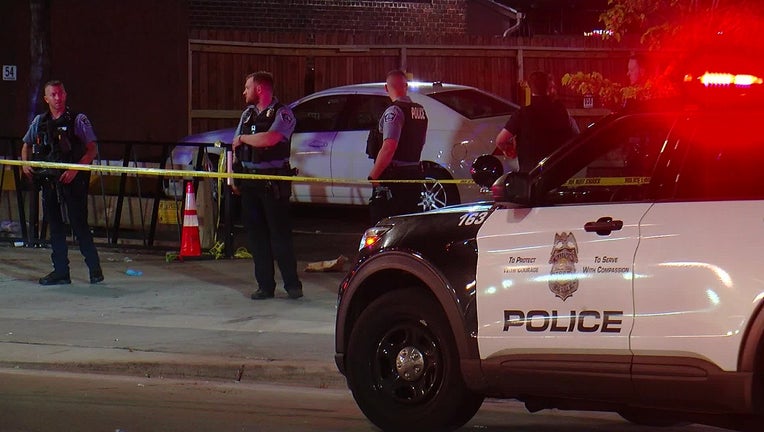 Police on the scene of a shooting near the 400 block of Hennepin Ave S that left one person injured.

Minneapolis police said the shootings happened just minutes apart from each other. The first shooting occurred around 2:33 a.m. after officers heard automatic gunfire near the 400 block of Hennepin Ave S.

Law enforcement located a man in his 20s lying in a parking lot with possible life-threatening gunshot wounds. He was transported to a hospital, and his current condition is unknown.

Police said they had to request backup from all five precincts and the Metro Transit Police to help manage an aggressive and uncooperative crowd and to preserve the crime scene. 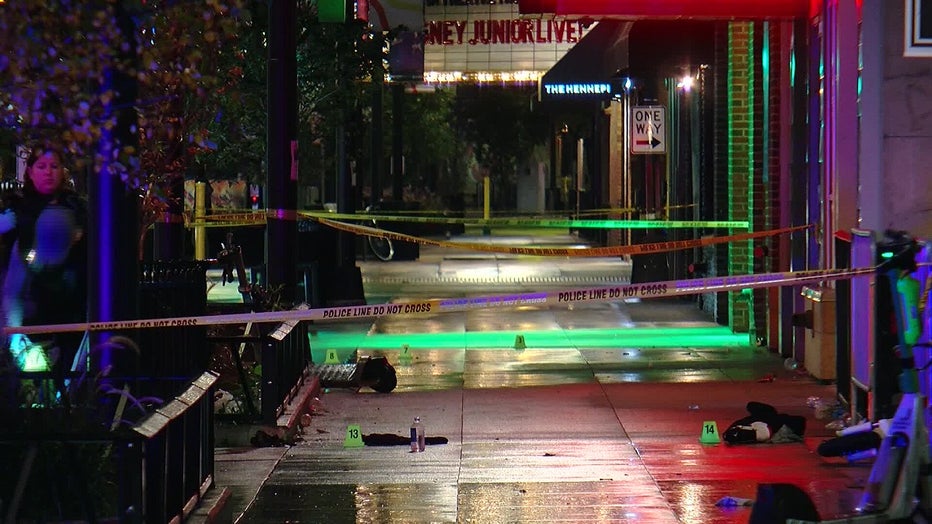 The scene of a shooting near 8th and Hennepin Ave left at least five people injured.

The three victims were transported to a hospital. Police added that a woman in her 20s and a man in his 20s arrived at the North Memorial Medical Center with apparent non-life threatening gunshot wounds related to the second shooting.

Police say it’s unclear whether the shootings were related. No arrests have been made in connection to either of the shootings.