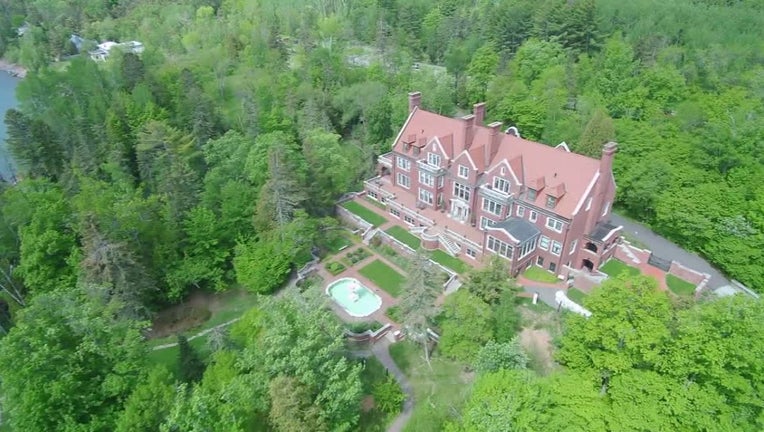 An aerial shot of the Glensheen Mansion from KQDS. (KQDS / Supplied)

DULUTH, Minn. (FOX 9) - Monday marks 45 years since the shocking murder of a wealthy heiress and her nurse at a historic Duluth mansion.

On June 27, 1977, Elisabeth Congdon and her nurse Velma Pietila murdered inside the Glensheen Mansion. Police found that Congdon had been suffocated with a satin pillow in her bed while Pietila had been beaten to death with a candlestick.

Congdon's own son-in-law Roger Caldwell was later convicted of the murders while her adopted daughter, Marjorie Congdon, was tried but acquitted.

Marjorie and Caldwell were reportedly in heavy debt shortly after marrying in Colorado in 1976. They were set to inherit millions of dollars when Elisabeth died.

Caldwell's conviction was later thrown out by the Minnesota Supreme Court after new evidence came out during Majorie's trial. Caldwell ultimately confessed to the murders and took a plea deal ahead of a second trial. He was released from prison after five years behind bars but a few years later he took his own life.

After being acquitted, Marjorie married a new husband in 1981 in North Dakota. She later served prison time in two separate arsons of her new home in Mound, Minnesota, and a neighbor's home in Ajo, Arizona. She was also suspected of the death of her new husband in 1992, but charges were dropped.