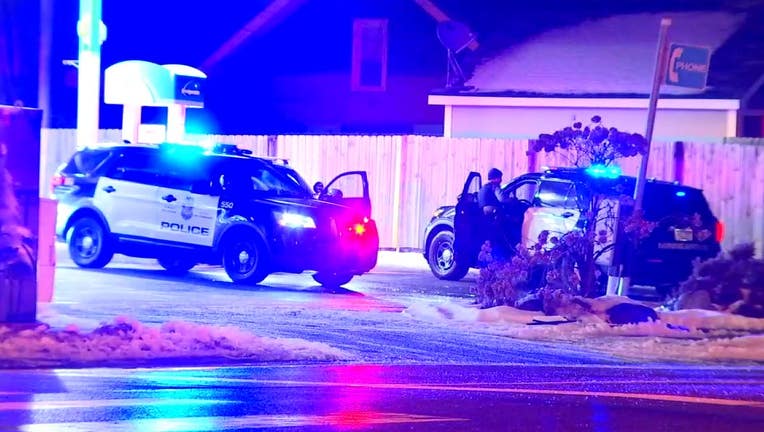 Four teens were arrested in connection to robberies Saturday morning in Minneapolis.

According to police, at about 3:55 a.m., police responded to the 3500 block of Stevens Avenue South on a report of an aggravated robbery of person. When they arrived, they spoke to the victim and got a suspect description.

Another officer nearby spotted the suspect vehicle at the gas station on the 4500 block of Nicollet Avenue South. Other officers responded and were able to block the vehicle in. The suspect tried to flee and struck the cement barrier that protects the gas pumps.

Two suspects attempted to flee on foot, and one was apprehended right away. Three suspects were taken into custody at the gas station.

Police set up a perimeter and eventually located the fourth suspect underneath a car in the alley of the 4500 block of Stevens Avenue South. The suspect was taken into custody.

The victim of the robbery was able to identify the suspects as those who had robbed him. Another robbery victim from earlier in the evening also identified a suspect from the group as well.

Police also said the vehicle the suspects were arrested in was taken in a carjacking in St. Paul.

All four suspects are juveniles and were booked into the Hennepin County Juvenile Detention Center. They are believed to be 16 and 17 years of age.